As air travel nose-dive to its lowest level ever in the history of commercial aviation since the twentieth century to date, especially when there is no global war of nations rising against nations in arms, the air transport industry worldwide has suffered casualties in nearly all fronts. Loss of revenue, Job loss, an exceptional lull in operations, majority of others have out-rightly grounded their aircraft, and death not from air crash but from COVID-19 infection takes its toll on aviation workers, and now in just American Airline alone, at the last count, 100 flight attendants and 41 pilots have tested positive of the heinous Coronavirus.

The group’s spokesman of the American Airlines chapter of the Association of Professional Flight Attendants, AFPA, which represents that airline’s 27,000 cabin crew employees, Paul Hartshorn Jr., confirmed that one hundred of his members had contracted Coronavirus and are currently being treated in various health facilities across the United States.

In a media statement issued by the AFPA’s national President, Julie Hendrick, she said the association had been pressing airlines’ management since early January to be more proactive regarding the adequate protection of front-line workers in respect of the deadly Chinese virus.

The statement revealed that the association “have consistently advocated for Personal Protective Equipment (PPE) for all of our Flight Attendants to be available on every aircraft, for social distancing between passengers and crew jump seats, for thermal scanning in the airports, and to receive an immediate notification of Flight Attendants who have tested positive for the virus,” she said.

She noted that “Flight Attendants are aviation’s first responders who are transporting medical personnel and supplies into COVID-19 hotspots, and they need to be treated and protected as such.

The spokesman for the Pilots in American Airlines, Capt. Dennis Tajer, said that 41 of them had tested positive for COVID-19, and noted that, “Flight crews are a unique and effective (carrier) for the virus, as the only group travelling repeatedly and rapidly across the country.

He explained further that, “It is critical that flight crews receive first responder status and priority for protective equipment. It is equally critical that a more robust screening program be instituted for flight crews and passengers, including priority virus testing for crew members”.

In a reaction to the agitations from various professional groups working with American Airlines, its spokesperson, Ross Feinstein, shared the following information on his twitter handle, “The safety of our customers and team members is our top priority. We are in close contact with the Centers for Disease Control and Prevention (CDCP) and public health officials and are coordinating with them on any required health and safety-related measures.

He pledged that “American Airlines will continue to look at all ways we can care for – and protect – our team during this stressful time.”

In the same vein, the Transport Workers Union of America, which represents more than 65,000 aviation workers who work for American Airlines and Southwest Airlines among others, sent a letter to the Federal Aviation Administration, FAA and OSHA regarding the health and safety of airline workers during the Coronavirus pandemic.

The letter requested that aircraft should be thoroughly cleaned and disinfected in between flights and asked that flight attendants be provided with personal protective equipment.

Southwest spokesman, Brian Parrish, said that currently, less than 1% per cent of the airline’s 60,000 employees have contracted the virus and they will continue to make sure their aircraft and work environments are clean according to CDCP guidelines”.

Nigeria to host ICAO’S conference on commercial agreements, BASA in 2022 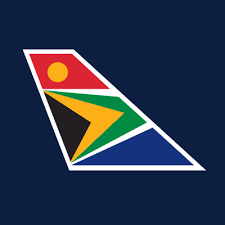 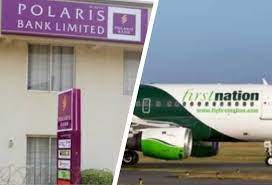