** Nigeria Airways was established not for profit but for social and military services
** Nigerian Air Force was the major consultant on Nigeria Airways’ issues
** Most flight operations if not all, that were rendered to the government were not paid for
** There are some logs still well-kept as evidence

A very thorough post-mortem to actually unearth the immediate and remote causes of the death of Nigeria Airways is a sine qua non for the nation’s air transport industry to once again be aglow and to become the cynosure for the whole world and a model for the African continent on how air transport operations should be successfully administered.

Capt Dele Ore is one of the few surviving management staff of Nigeria Airways. He still has evergreen in his memory of how the airline was managed especially by the federal government representatives that held sway in making critical investment decisions for Nigeria Airways.

Capt Ore, an octogenarian has been gracious enough to volunteer just the tip of the iceberg from his wealth of experience in the service of the airline before it was liquidated.

Be that as it may, the octogenarian whose entire life has for the past six decades been strewn all around aviation in its entire value chain has also been found eminently qualified to be included among eminent aviators the editorial board classified as Civil Aviation Legend.

The revered elder statesman thus becomes the third distinguished personality to be so honoured, coming after Capt Paul Thahal, and Capt Bara Allwell-Brown.

The Civil Aviation Legend exhibited his power to recall events from over five decades ago as if they happened yesterday. He narrated a few decisions by those representing the Federal Government, FG, in Nigeria Airways. His memorability no doubt is legendary.

Below is the excerpt from the chat with our Civil Aviation Legend, Capt Oladele Ore;–

Qs: There is a Yoruba adage that says when a child stumbles and falls, he looks ahead of him. But when an adult or an elderly person stumbles, he looks back to identify what stumbled him and with the view to conceive in his mind, ways and means to avoid or prevent future reoccurrence either at the same spot, or in a similar circumstance, or anywhere else for that matter. This will take us on a backward journey of between 30 and 40 years ago, about Nigeria Airways. Sir, what caused its demise?

Ans: Any discussion about Nigeria Airways brings very, very, bad memory and I feel so bad about it. People know the kind of bitterness I have about it. So when they discuss or plan anything as a substitute, they don’t consult me.

Qs: Since the demise of the elephant in the air about 20/23 years ago, did you see it as a befitting condition for Nigeria?
Ans: There is no other way to say it. It’s a shame we don’t have a national carrier. Decades have gone by, we were very proud that Nigerian troupes, sports teams, and special missions were airlifted to their destinations by Nigeria Airways.

When the aircraft lands, the crew must file out to be seen. And people were always astounded that no white person was among the flight crew.
Qs: Now those national assignments in their various forms, be it sports, or peacekeeping, we still travel there but not with a national airline. Any issue with that?
Ans: If you want to cancel the shame of the nation when our athletes, national sports teams, or other special missions travel without the national carrier, it’s a big shame. Even the soldiers when they arrive at their destination often look like a ragtag army when they arrive in twos, threes, and mini-batches like that.

Qs: If the airline was that invaluable, how will you describe its liquidation by General Olusegun Obasanjo?
Ans: There is something that was missing. Either government was misadvised or misdirected, and Nigeria Airways was liquidated and there were lots of liabilities like pensions being serviced and suddenly government liquidated the company and threw the workers into hopelessness.
The monthly pension stipend ceased suddenly without minding the faith of those who had put in the better and most vibrant part of their lives into Nigeria Airways and nothing came the way of retirees and those relieved of their jobs.

Nigeria Airways is my priced asset. My retirement and pension ceased, we must talk about it.

Qs: When a company is liquidated, it must have been insolvent. Badly managed such that what is spent is far more than its revenue. How did Nigeria Airways slip to such insolvency condition despite huge investment by the government?
Ans: I keep saying that, Nigeria Airways was set up not for profit but for social services and security purposes. Money making was subjugated until lately when hues and cries started that the airline was making losses.

Qs: But the popular belief was that Nigerian Airways was run aground because returns did not match the investment talk less of outstripping it to the extent of having a surplus, making a profit. Does your view agree with this notion?
Ans: This is the bane to forward movement in this industry in Nigeria. Why will you want to bring a new carrier to replace Nigerian Airways without conducting a post-mortem to find out what went wrong with the initial experience Nigeria Airways had? That is what really beats me hollow.

A MINUSCULE AUTOPSY OF NIGERIA AIRWAYS

Qs: Sir, can we on a micro level conduct a quick post-mortem now, from your own perspective, as the living former Flight Operations Director of Nigerian Airways?
Ans: I am so sad because, when I was Director of Flight Operations at Nigeria Airways, we had South Africa, S.A., and other countries coming to us for manpower development. We had 32 aircraft under my control. And I can tell you for free how one by one they dwindled to 15 before I left office.
On the order of the government, about eight (8) F21s were given to the Nigerian Air Force, NAF. How much was paid to Nigeria Airways for this?

Qs: Was this a one-off thing by those in charge representing mostly the military government that held sway most of the time prior to 1999?
Ans: Let me narrate another horrendous experience and you can add up. While consulting for one of my course-mates, he had been involved in the airport and airline business. I was out in search of aircraft for him and his team. I traveled to Charlotte, North Carolina, headquarters of the company, that bought some of the F27 and the 2 Boeing. They know me very well. They call me, dealer. They told me “this is your money, oh God damn it, I have never had so much good deal anywhere in the world. Do you know I made more money from the spare parts than the aircraft”?
The Spare parts in the inventory flew out for nothing. I lost my appetite. I could not eat any meals. I succeeded in buying the aircraft I went to purchase for my client in Israel but, I was so sad by the decisions of government representatives retarding the airline’s prospects.

Qs: I am aware you and Engr Haruna Zakari and a few others were in a committee to source for aircraft (re-fleeting) for Nigeria Airways
Ans: That’s a long story but let me cut it short. While holding a brief for Engineer Haruna Zakari, the Chairman of the committee, one aircraft that had been presented to the committee from about 13 sources were rejected on each of the occasions, because of its peculiar engine challenge. We out rightly rejected it and shop for what will profit the company.
After a thorough search, you know there was no google to assist us but we got a fantastic offer of a brand new 747 in Mazabe desert. Two (2) brand-new 747 were negotiated for the price of one. We were excited that a nice deal was struck. Engine compatible with DC 10. We were jubilating. Suddenly, a call came from Nigeria, the Managing Director, a Group Captain, (name withheld) was at the other end. He posed a quick question, “have you signed?” Engr Zakari replied, “we’re about to do that sir.” The MD replied, “don’t sign!!!” But directed we move to London. From London, he instructed us to move to Copenhagen.

At Copenhagen, one Alli Kharinnih of Kano, who obviously had gotten the real decision of the MD, met with us and presented to us the severally rejected aircraft. Lo and behold, the MD phone call came again. He asked if we’d been introduced to the aircraft. We all knew it was a useless machine for our environment but the MD barked out the order, sign! (meaning to enter into a purchase agreement. Which we did)

Qs: In what other operational issues can you remember that you had challenges of revenue mismatch from the service rendered?
Ans: My logs alone were full of catalogs of flights done on behalf of the government and were not paid for. My log was Dominated by catalogs of losses from operations executed at the instance of military and civilian governments but without revenue to the airline. Revenue from flights I operated and was not paid for by the government was enough to establish a low-cost carrier. Ditto for most other pilots.
I remember numerous presidential operations; would those monies ever be recovered? The answer is no! That is why the post-mortem is necessary and the scrutiny.
At that time, Nigerian Air Force was the regular consultant on matters of the national carrier. Autopsy of why, who, what, where, and how Nigeria Airways was liquidated is a matter of compulsion and of urgent national attention
And the incontrovertible fact is that the shoes of Nigeria Airways are too big for anyone to enter.

**The question still arises, what killed Nigeria Airways? Your answer will be as good as the content of the above chat. Thanks for your time 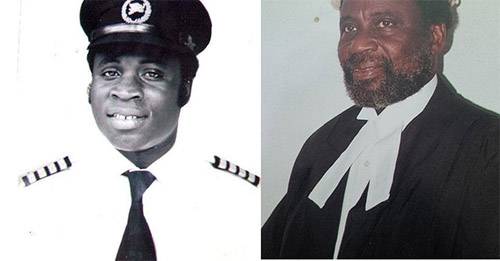 CAPT OLAJIDE OLADELE ORE @ 80: Protagonist of Clinch Concession of One Int’l Airport Get Four to Your Kitty 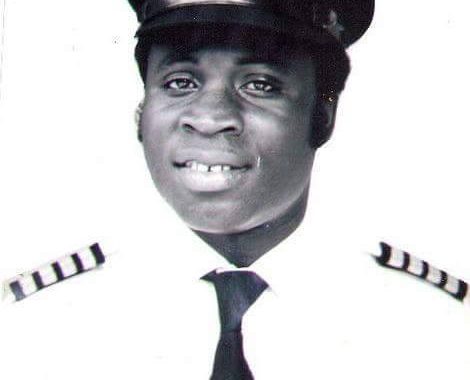 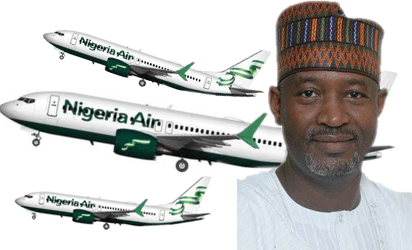