Introduction
The Apapa Traffic Grid – Lock problem concerns all of us, not just those who reside in that formerly serene and ambient neighbourhood, or those that need to commute to the place daily for work, Business or recreation, and the now-notorious Truck Drivers and Tanker Drivers. Please ask me how and why?

Prompt evacuation of containerized Goods from the old Apapa Port and Tin Can Island Port, which arrives daily from all over the world, as well as Exports from Nigeria for shipment to other countries, is vital for the Nation’s Economic survival, recovery, and renewed prosperity.

The ready availability of refined Petroleum Products for the use of Nigerians, which for now is largely imported, is linked to gaining quick access to the Tank Farms at Apapa, by Petroleum Tankers.

Apapa is the Home of many Manufacturing organizations, in the Food & Beverage Sector (e.g. Flour Mills of Nigeria Plc, Unilever Plc, Nigerian Bottling Company Plc’s Apapa Plant for Coca – Cola on Mobil Road, etc.), the Pharmaceutical Sector, to mention just a few. Likewise, there are some important Military installations located at Apapa, such as the Army Signals Training School, the Arakan Barracks where we have many Officers and Soldiers of the Nigerian Army Signals, as well as the Nigerian Army School of Finance and Admin. In terms of recreational facilities, I must not forget to mention the prestigious Apapa Club.

Many prominent Nigerians used to have their Homes and Offices at Apapa. For example, Chief Obafemi Awolowo, SAN, was on Park Lane, just like the much younger Chief Olisa Agbakoba, SAN has/[had] the Offices of his Law Firm at Apapa. Other equally prominent Nigerians such as Dr Michael Omolayole, a Management Guru, Engr. (Chief) Samuel Olatunde Fadahunsi, FNSE, one of our earliest indigenous Engineers, worked actively in LEDB (i.e. Lagos Executive Development Board, the precursor of LSDPC), and Engr. (Dr.) Timothy Mofolorunso Aluko, PhD, FNSE, a notable Engineer and literary icon, author of many popular novels such as “One Man One Wife” have/[had] their residential premises at Apapa, Lagos. Until the 1980s, Apapa GRA was such a highbrow neighbourhood that it could be compared to waterfront Florida in the United States of America, in which many connoisseurs will pay a premium to own property there.

Digitalized Truck Call – Up [Or Electronic Queuing] System; A Simple Explanation
Perhaps more people will show interest in Engineering and Technology if we can manage to strip it of jargon, “jaw-breaking”, and highfaluting words.

Although I have not read the full details of what is being planned by the Nigerian Ports Authority, NPA, and her Chief Executive, Hadiza Bala – Usman (Ms.), the average reader may easily grasp a mental picture of a new situation at the Ports, whereby Trucks are invited to start approaching the Port Premises at Apapa, just when it is their turn to get Loaded with a container; Instead of parking on the Bridges leading to Ijora and Apapa, which form part of the now ageing Eko Bridge System, or even under the bridge at Ojuelegba, along Funso Williams Avenue [formerly Western Avenue], in Surulere, obstructing the free flow of other vehicles on the constricted carriageway.

There will very likely be dedicated Trailer Parks, such as the recently constructed Asiwaju Bola Ahmed Tinubu Trailer Park, from which they will move towards the Port when it is their turn to Load, in an orderly manner, and with fairly predictable Travel Times.

A special Lane, similar to that created for BRT Buses may also be set aside for Trucks going to and leaving the Ports at Apapa, as well as Petrol Tankers. This is not a mere pipe dream! It can be achieved.

An interesting article about [Computer] Software for this purpose was recently published in the ‘Haulage & Logistics’ Magazine. It was developed by A Nigerian Company. The Publisher of the aforementioned Magazine is the “Intelligent Data Company”, based in Surulere, Lagos. There are other proprietary Software Programs in this area of knowledge, which can be bought off the shelf and adapted to our local needs.

Unconfirmed stories from the rumour mill as well as gossip indicate(s) that some of the best efforts of the Task Force on decongestion of Roads leading to Apapa are being weakened / ‘diluted’ by vested interests. A good number of the containers are said to belong to influential Nigerians, including top Military Officers, who demand priority in the handling of their consignments. Arrested offenders get released promptly, following “Order from above”.

The logic and reasoning behind this new plan are similar to those in the field of Supply Chain Management, Inventory and Stock Control, as well as Warehousing, know as ‘J.I.T.’ [i.e. Just In Time Technology]. The Japanese are said to have contributed a lot to the development of this approach. Necessity they say is the mother of invention (whilst war and hardship are its Father). Land is a bit scarce and expensive in many parts of Japan, so it is quite costly to build large Warehouses to keep huge quantities of stock, raw materials, and Finished Products. It makes more sense for them to Produce Just what is required by the end-user, Retailer, and/or Wholesaler, at the time when it is needed, and then ship it off.

Poser Number 1
Why are we still so dependent on the old Apapa Port as well as Tin Can Island Port in Lagos? How soon will the Lekki Port in Lagos, as well as the Badagry Port, also in Lagos State be completed? How about Calabar Port in Cross River State, as well as Port Harcourt City Port [Onne Port?] in Rivers State?

Poser Number 2
In a recent Media Interview, Hadiza Bala – Usman (Ms.), the current CEO of Nigerian Ports Authority, made the simple but very profound point that “as long as we keep on utilizing Road Transport for the evacuation of heavy Goods from the Ports in Lagos, our Roads, Highways, and Bridges, in the vicinity will keep on getting damaged. There should be a gradual shift to the utilization of Railway Tracks, as an integrated part of our Port Services”! It is relevant to mention here that in exchange for ‘TAX CREDITS’, the Business Organization of Alhaji Aliko Dangote was recently granted a Concession to repair and upgrade the Apapa – Oshodi Expressway in Lagos, right up to the former Toll Plaza of the Lagos – Ibadan Expressway (around, Ojodu / Isheri / Magodo).

In a sprawling metropolis such as Lagos, an effective and efficient means of Public Transportation, as well as good Highway Infrastructure are indispensable for normal Business Activity, Trade and Commerce, the smooth running of Government, etc., etc. It may be likened to the flow of blood through the Veins and Arteries of a Human Being, wherein a mere (Blood) Clot, if left unattended may cause the cessation of life.

Poser Number 3
If Hadiza and NPA succeed in their handling of Trucks and Containers going in and out of the Ports at Apapa, how about the Petroleum Tanker Drivers?

It is very pertinent to ask our Town Planning Authorities the question of why they permitted the location of Tank Farms with highly inflammable Petroleum Products, in Apapa, side by side with Residential Neighborhoods, which have expensive Real Estate. Were Environmental Impact Assessment Studies not conducted? How about the Fire Hazard? How ready are our Fire Services to fight a possible major Fire incident, deliberately caused by those with a “grudge” against the State (I am trying to avoid the use of the words, ‘Militants’ or “Terrorists”)?

Without trying to hold Brief for my colleagues in the Lagos State Ministry of Physical Planning, Lagos State Property and Development Corporation (LSDPC), and/or Lagos State Environmental Protection Agency [LASEPA], it was not until the late 1970s and 1980s that the Environmental Field began to take firm root in Nigeria. Hitherto to that time the Traditional Engineering Disciplines of Civil, Mechanical, and Electrical Engineering, were the Fields that most people delved into. Dr Timothy Aluko, a Civil and Public Health Engineer, was one of the Pioneers of his time. Interest in Petroleum and Chemical Engineering among Nigerians got a boost from the Oil Boom era of the 1970s.

Conclusion And Recommendation
Singapore, a South-East Asian Tiger Nation, is not as Natural Resource Rich as Nigeria. Her economic Miracle of moving from being a Third World Nation to a First World Nation in just 3 Decades, starting from the 1960s under the Leadership of late Mr Lee Kuan Yew, 李光耀 லீ குவான் இயூ, Head of Government, 1959-1990. Lived from 1923-2015.

Lee Kuan Yew’s government policy was based on the Fulcrum (a word borrowed from Physics) of utilizing the Geographic endowments/location to turn the country into a Hub for Port and Shipping Activity. Perhaps the somewhat Authoritarian style of Leadership of Mr Lee Kwan Yew also suited the socio-cultural and Political – Economy circumstances of his time.

What Nigeria Export Promotion Council (NEPC), under the able leadership of Mr Segun Awolowo, Jnr. [LL.B.; BL], the Nigeria Export-Import Bank (NEXIM), as well as the Nigerian Ports Authority [NPA] can contribute to Nigeria’s quest for an economic turnaround, should not be underestimated by any one of us, right up to our Head of State and Commander – in – Chief of the Armed Forces, General Muhammadu Buhari, Rtd.

A lasting and permanent solution to the Apapa Traffic Grid – Lock problem is within reach. Let us do the needful before our West African Neighbors overtake us in Port Activity and Maritime Business.

Long Live The Federal Republic Of Nigeria; May God Continue To Grant Wisdom To Our Rulers. 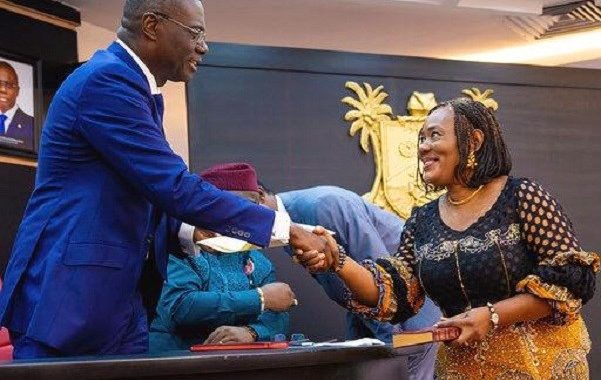 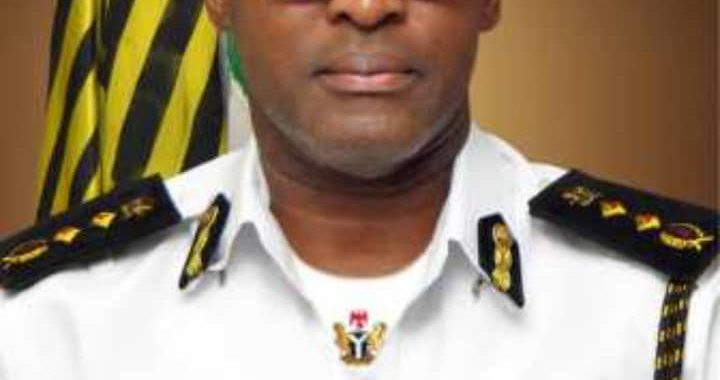 The new policy on issuance of roadworthiness certificates is to enhance road safety, not revenue- LASG 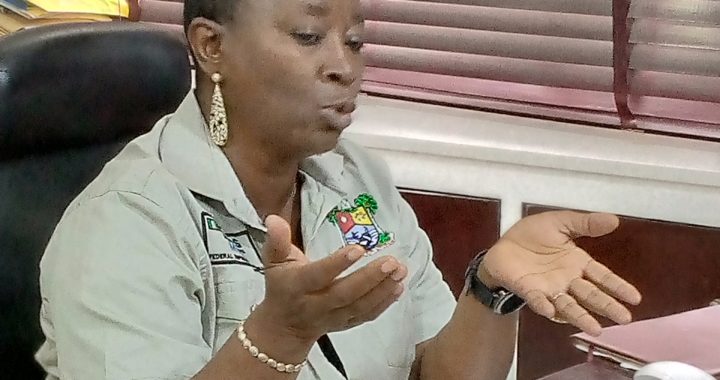