Engr Akin Olateru, the Commissioner of Accident Investigation Bureau-Nigeria, AIB-N, has completed the transition he started in 2018 with a proposal to expand the bureau’s mandate to encompass multimodal transportation incidents and accidents investigation.

That first bold and rational step has now culminated in an act accented to by President Muhammadu Buhari, to establish Nigerian Safety Investigation Bureau, NSIB, which has now come into existence.

Also transformed is the nomenclature of the Commissioner/Chief Executive of the erstwhile AIB-N, which is now designated as the Director General, DG, Nigerian Safety Investigation Bureau, NSIB.

Succinctly put, the bill for the transformation of AIB-N to an intermodal transportation incidents and accidents investigation agency, NSIB, was painstakingly considered by the national assembly. After a satisfactory plenary on the bill, it was transmitted to the President for his consent and accent.

Thrilled by the entire process of the bill as carefully considered especially by the Aviation committees of both the House of Representatives and the Senate, after a brilliant elucidation by the Aviation Minister, Hadi Sirika, and President Buhari’s Statesmanly accent, a world-renowned accident investigator who had presided over similar agency in the United States, Mr. Dennis Jones, the retired Managing Director of the United States’ National Transportation Safety Bureau, NTSB, commended the federal government for providing the legal framework on which the new bureau will execute its expanded mandate.

Mr. Dennis Jones, in a congratulatory letter to Engr. Akin Olateru, described the feats recorded by AIB-N since Olateru began presiding over its affairs, as extraordinary.

He said: “As such, I can confidently say that the gains and strides made by AIB-N under your leadership have been extraordinary, if not altogether unprecedented, and consequently the organization has become a world-class and premiere accident investigation organization worthy of global recognition for its contribution to aviation safety and as an exemplary model of being an enterprising government agency”.

Dennis Jones further paid glowing tributes to the person of Engr Akin Olateru thus, “You undoubtedly have demonstrated the character, skill-sets, and acumen to achieve greatness, if such has not already occurred. The Nigerian government and the general public have been well-served during your stellar tenure at the helm of AIB,” he added.

The Nigeria Safety Investigation Bureau, NSIB, is now responsible for the investigation of serious incidents, and accidents in air, marine, rail, and other modes of transportation in Nigeria and anywhere the country’s interest is affected.

AIB-N with its investigations and timely release of safety recommendations has in the last seven years enhanced safety within the sector. These sterling performances are expected to be replicated in other modes of transportation in Nigeria. 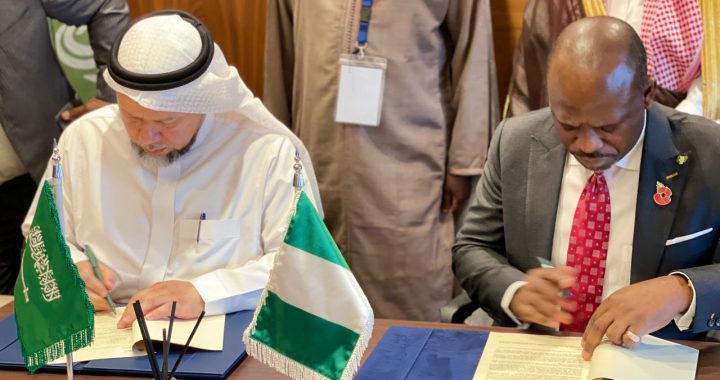