The Cross Rivers State Government’s owned airline, Cally Air, which is still on the verge of full birth, has in that embryonic stage, leased two aircraft to the oldest domestic schedule operator in the country, Aero.

Governor Benedict Ayade of Cross Rivers, while handing over the two aircraft to the management of Aero, at the Nnamdi Azikiwe International Airport, Abuja, over the weekend, said the two aeroplanes would henceforth be maintained and operated by Aero airline until Cally Air obtains its Air Operating Certificate, AOC.

He said when Cally Air obtains its AOC, the existing partnership with Aero will provide a shot in the arm to the air transport sector of the nation’s economy.

Benedict Ayade announced that the two aircraft were out-rightly purchased for Cally Air and there was no indebtedness of any kind on the two equipment.

He said the state government was determined to explore the increasing air traffic brought about by the dangers from insecurity which had compelled an increasing number of travellers to regularly hit the airports for their trips.

Ayade said further that the state government was at the advanced stage in the process of procuring Air Operating Certificate, AOC, for Cally Air.

The Governor endorsed the airworthiness of the two aircraft saying they were in optimum condition for safe and comfortable operations.

He noted that until the AOC for the new airline is procured, though it had gone into commercial agreement, Aero will continue to operate and maintain the aircraft for Cally Air.

Jibreel said without equivocation that, the two parties would mutually benefit from the collaboration.

The Station Manager further said that “today`s event is a historic one between Cross Rivers and Aero Contractors. We are into partnership. They gave us two aircraft to operate on their behalf and under an MOU between the two partners”.

He expressed optimism about the commercial agreement thus, “We are going to maintain the two aircraft as well as to operate the aircraft. I am sure, it is going to be an incredible relationship between the two partners who shall both record a win-win situation”.

Also speaking at the occasion, the Managing Director, Federal Airports Authority of Nigeria (FAAN), Capt. Rabiu Yadudu, said the arrival of the two aircraft was another major improvement to the aviation industry.

Yadudu said the development would definitely instigate improved services, widening of the economic base, and will create more employment opportunities.

He however affirmed that the scourge of the COVID-19 pandemic had brought aviation to his knees hence the distress being experienced by prospective companies in the aviation ecosystem.

FAAN helmsman said an additional airline in the aviation ecosystem will positively impact the entire system especially the airports.

He assured the airlines and the other new entrants of improved services which will inspire a win-win situation. 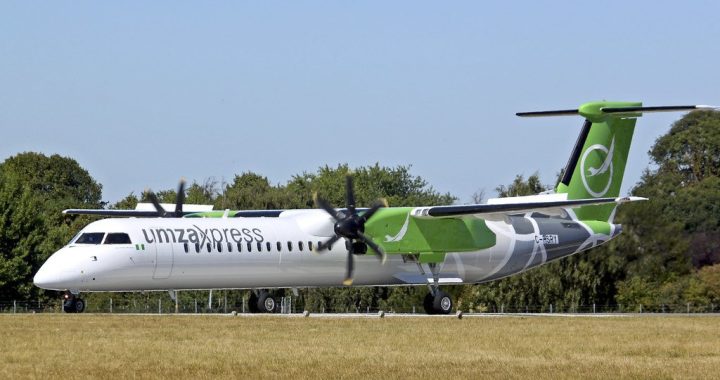