The raging coronavirus that has thrown the entire world into despair since March 2020, (In Africa) has also consumed a total of eight (8) airlines in the African continent with about a dozen others in the “intensive care unit”.

These facts were revealed at the just concluded 9th African Airlines Association’s, AFRAA, Stakeholders Convention which took place virtually on 18th and 19th May 2021, with the theme, “Building Blocks For the Air Transport Industry Recovery”.

These facts were made known right at the opening session when the Secretary-General of AFRAA, Mr Abderahmane Berthe, was setting the tone for the eye-opener convention which called for strict support for the airlines and strong collaboration among the African carriers.

Mr Berthe made a fervent appeal to all the governments in Africa to provide financial support for the airlines of which most of them presently, are in distress occasioned by the coronavirus pestilence.

He reminded African leaders that the devastation brought by the virus was such that the airlines should not be left on their own to weather the storm.

Berthe said that if the airlines were left without support, the inevitable would happen and the effect would adversely affect the social-economic growth of Africa, as travel would be hampered.

He cited great economies of the world such as the United States, Germany, France, Netherlands, United Arab Emirates, Singapore, India, China, that they had all variously provided financial support to the airlines.

The AFRAA Chief Scribe encouraged African governments to toe a similar path as the ways and means to engineer the airlines’ recovery and place them on the path of growth.

Ethiopian airline was cited as the only African airline that successfully coped with the coronavirus pandemic with support from any government and without sacking a single staff.

Speaking on how Ethiopian Airlines achieved those feats since the onset of the pandemic in March 2020 to date, the Group Chief Executive Officer, Mr Tewolde GebreMariam Tesfay, said through proper planning, the airline weathered the storm without palliative from any government and without relieving any of the workers of his or her job.

He said what helped ET was its strong and flexible management principles which allowed for smart reasoning and the promptness by which decisions were executed which preserved the 17,000 strong workforces without a single layoff

He said when it was obvious no passenger to lift as the nations of the world had shut down their borders, it was cargos that were available to be served.

Cargo aircraft were deployed and some of the passengers’ aircraft were quickly converted to cargo and the airline bagged some good business at that time.

He also noted that the Maintenance Repair and Overhaul, MRO, facility owned by the airline helped in saving huge foreign exchange that would have been frittered on maintenance in Europe or in the USA. 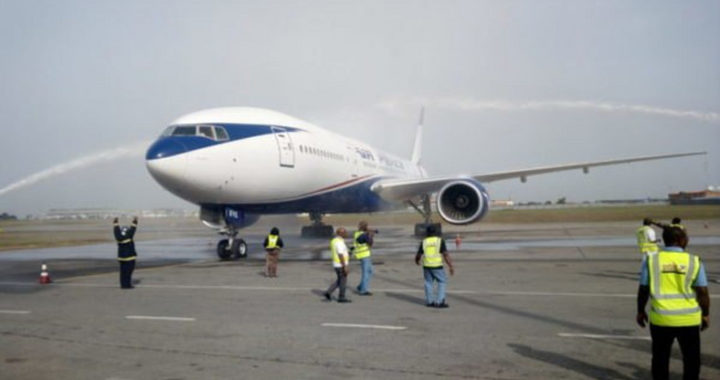