The leadership of the Banjul Accord Group Accident Investigation Agency, BAGAIA, has called on members’ states to promptly pay their annual subscriptions to enable the regional organization to execute its safety-critical programs seamlessly and as when due without hiccups.

BAGAIA Commissioner, Engineer Charles Irikefe Erhueh, gave the hint at an international forum on Accident Investigation held at the Singapore Aviation Academy on 18-20th May 2022.

Engr Erhueh revealed that although the Regional Accident Investigation Organization (RAIO) does not charge for investigating accidents it is called upon to probe as it is against the statutes of its formation, but only the logistics cost is bear by the state of occurrence or state delegating the investigation.

The BAGAIA helmsman while responding to Director, Transport Safety Investigation Bureau ( TSIB) Singapore, Mr Chong Chow Wah, said that the agency was set up by the International Civil Aviation Organization, (ICAO), not as a revenue-generating agency but as a safety inclined one.

Charles Irikefe Erhueh while making further exposition on the modus operandi of the regional body said, “BAGAIA is not formed to charge countries they help investigate accidents. For example, the accident involving Cavok Airlines CVK 7087 AN-74TK-100 Aircraft registered Ur-CKC, which occurred at Sao Tome International Airport in 2017 and delegated to BAGAIA even though it was not a member state, but BAGAIA responded to that investigation in collaboration with the Nigerian AIB without any payment from Sao Tome and the investigation has been concluded and released”.

He explained that the final investigation report is statutorily released to the state that invited BAGAIA or delegated the task of investigation to the regional body.

Making reference to the Sao Tome invitation, he said the accident report was released in the country of occurrence that delegated the investigation- Sao Tome.

The BAGAIA Commissioner cited an exception wherein the state of accident occurrence or the state that delegated the investigation did not have a statutory and independent agency responsible for investigation nor a website for such publication, the Nigerian agency, Accident Investigation Bureau, AIB, had been filling the gaps until very recently.

Erhueh however, announced to the august gathering in Singapore that, “currently BAGAIA has its own website and kudos to AIB-NIGERIA that designed and funded the development of the BAGAIA website that is currently operational.”

Highlighting the activities of the regional body under his watch, Erhueh stated that 26 personnel had attended training organized in collaboration with partners like Instituto de Prevencao an Investigacao de Acidentes Aeronauticos e Maritimos ( IPIAAM), in a bid to groom a generation that will take over from the experienced but ageing workforce.

He also said another set of 65 participants from various regions had attended a safety workshop organized with the cooperation of IPIAAM, the African Union ( AU) and the European Union ( EU) under the EU – Aviation Safety for Africa ( EU-ASA) program.

Highlighting what the future holds for investigators, Professor Graham Braithwaite, the Director of Transport Systems and a Professor of Safety & Accident Investigation from Cranfield University, listed and explained some major change drivers including the society itself, technology, environment, economy and political space.

Graham Braithwaite stressed that “some of these things will influence the perspectives from global population growth driven by Africa and Asia to shifting ethnic, political and religious identity”.

Professor Braithwaite, who spoke on New aerospace technology challenges for investigators, mentioned factors such as social, economic, and political factors that would pose a great challenge to investigators.

He further highlighted the bane of unadulterated investigation and findings as, the global income inequality, price of crude and refined oil as well as the level of integration including bribery and corruption, geopolitical instability, the strength of government as well as government ownership of airspace among some of the things that had begun to inspire change. 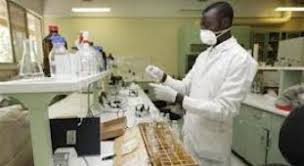 AIB-N World Class Academy to Take Off in 2023