The Board and Management of the International College of Aeronautics, ICA, has approved with immediate effect, the appointment of Dr Joshua Abey, as the substantive Director of the college where they. “dream, build, fly and fix it

According to the announcement, Dr Abey has been working closely with the founder and Director of ICA, Engr Solomon Adio, in an unblemished manner for close to a decade.

The pioneer Director, Engr Adio, in his media statement, said of the plans and pathways for the growth and development of the college which is meant to develop the youths, and also envisaged would be driven by the young at heart, are all now coming to fruition just as it was conceived at inception.

Engr Adio enthused, “my dream all along when l relocated back to Nigeria ten years ago was to establish an Institution that will outlive us. The succession plan we had put in place is materializing. We now have a capable hand that we can entrust with the future of our school (ICA)”.

While giving an abridged resume of the new Director, the media statement said Dr Joshua Abey, started working with the pioneer Director at, the Aviation Training Institute, Obafemi Awolowo University (ATI-OAU), about 8 years ago. Among the spheres of endeavours Dr Abey had served and found impeccable were, as the head of Aero club, Aviation Training Institute, OAU, Ife, State of Osun.

And through the dint of hard work and scholarship, he rose to the position of Assistant Director, (First Officer in the cockpit) of the Institute. Due to his unquenchable thirst for knowledge and academic excellence through teaching and research, he proceeded to the university to arm himself with a Doctor of Philosophy, PhD, in Nuclear and Radiochemistry.

Having bagged his PhD, Dr Abey scout for where he would be able to impact others with teaching, research and education management, hence he found ICA as his best choice and in 2019 he returned to ICA as the Deputy Director. Since he joined in navigating the affairs of the college, he has transformed the school in terms of emotional intelligence of the students and infrastructural development of the faculties.

Fresh ideas from the ivory tower he introduced and they culminated in the redesigning of the college’s curriculum to meet international standards and best practices. He succeeded in introducing new hi-tech courses with the potential to totally transform the students and equip them with both intellectual capacity and hands-on the job which have enabled ICA students to compete favourably with students from other institutions and even from advanced economies of the world.

The statement noted that the novel curriculum introduced has been able to effectively transform the orientation of the students from being job seekers but have been imbued with a very strong desire to create wealth through the entrepreneurship skills acquired from ICA thus making the students, future job creators.

Also, Dr Abey was among the team leaders in the construction of homebuilt cockpit simulator, unbelievable reconstruction of full-scale Zenith CH 750 with local wood, a replica of the same aircraft ICA students built in the USA two years ago.

According to Engr Adio, “the new Director who had been tested and proven, is an inspiring leader and an astonished mentor to both students and fellow faculty members. His can-do attitude is unmatched. Having him at the helm of affairs provides a guarantee of a great future for the younger ones, a future to rebuild our country for the better. I am also confident that our generation will sleep well in our graves”.

Adio declared that “there cannot be a better time to do this transition. These are challenging moments for the aviation industry. Covid-19 has changed the way we deliver education for good. Online training is now going to be part of the norms”.

In the same vein, it was also announced that the Pioneer Director, Engr. Solomon Adio “will continue to serve in the capacity of the President, ICA Corporation”. According to the statement, the President in his new capacity will have ample time “to give more attention to supporting this great organization at the corporate level”.

Hence the new Director will appreciate unflinching support from aviation enthusiasts at home and in the diaspora so that the college’s product will be able to explore numerous areas of aviation yet to be utilized in this clime and make the nation and the African continent to be better for it”.

The Chairman, ICA Board of Governors, Dr Henry Boyo, in his own comment, paid glowing tribute to the President for his visionary leadership which had impacted practical aviation education in Nigeria.

He said, “You’ve done great in the past few years President Adio. God will bless you with good health to see your students become great leaders in the aviation industry. As you have accorded Dr Joshua with the promotion for higher responsibilities with his team, God’s guidance will never fail them. The ICA competency would be outcomes based on students performances in the industry. The beyond the skies is the limit”.

Another member of the Board of Governors, ICA, Engr Oluwole Ajala, who is a consultant with Airbus, France, commended the elevation of Dr Abey to Director ICA. He prayed that the good work God has started with the new Director will be completed for the greater good, to the greater number of people and to the benefit of humanity. 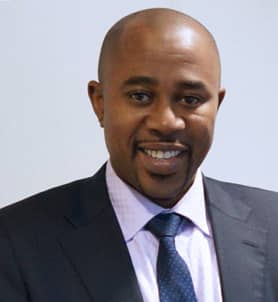