The families of Abioye and Fadero hereby announce the death of their daughter, wife, and mother, Mrs. Abioye Bolanle Mary.

According to the statement released by Mr. Olayinka Abioye, the funeral program for the late Mrs. Mary Abioye will commence on Thursday, 26th January 2023, with a Wake keep and Service of songs between 5-6 pm.

On the burial service, the statement indicated it will take place on Friday, 27th January 2023, at 11 AM

Venue for the two events- the wake/Service of songs on Thursday, and the funeral service on Friday, will hold at No. 10, Olusanya Abioye Street, Off Igbe Road, Olunmo Bus stop, Igbogbo, Ikorodu, Lagos State.

Soon death will be swallowed up forever, Isaiah 25:8. And to those who died, as Jesus Christ himself was resurrected, so they too will experience. John 5:25-29

The husband of Mrs. Mary Abioye is the very well-known union leader and a distinguished administrator of workers in the air transport sector of the national economy, Comrade Olayinka Abioye

Comrade Abioye is a personification of responsible unionism. This much he demonstrated over and over again while serving in various leadership positions of the unions until his retirement.

He always encouraged the workers in the unions not to either by omission or commission create any gap in their official tasks in their various places of employment. He often urged the workers to endeavor to be found irreprehensible in all of their responsibilities to their employers and in their obligations to the union.

We condole comrade Abioye and urged him to throw the burden from this loss unto almighty God. Psalm 55:22 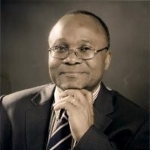