Training session in a simulator

Safety in the aviation sector could be enhanced through a collective exercise which requires stakeholders, corporate, and individuals discharging service at any point in the industry’s value chain to take responsibilities and play their parts creditably well.

Also identified as promoting industrial safety, harmony and growth are training and retraining of personnel to upgrade their skills and be acquainted with the most modern methods of discharging individual tasks in tandem with all other components in the aviation value chain.

The AIB-N helmsman admonished that, “all domestic airline operators and especially professionals in the industry are to always takeout time to read AIB-N reports with a view to drawing lessons that can improve aviation safety in their individual operations. This is regardless of whether they were involved in the occurrences investigated or not”.

He said “Safety recommendations are critical to the Bureau’s basic role of accident prevention since it is the lever used to bring about safety changes to, and improvements in the nations aviation system. It is therefore expected that the stakeholders would take the AIB-N safety recommendations very seriously and complement AIB-N’s efforts by implementing the recommendations, where applicable, to prevent future recurrence of similar events”.

Olateru hinted on the outlook of air transport in Nigeria by saying that, “In the aviation industry, ensuring Safety is very important. The Ministry of Aviation, the agencies, the airline operators, even the Air Traffic Controllers and other professionals, observe their various duties daily with the Safety of the Nigerian airspace at the forefront of their minds”.

He said the AIB-N had resolved to fulfil its obligations of ensuring Safety of the Nigerian airspace through the release of these occurrence reports because they serve as the strong foundation on which the safety of the aviation industry is built.

The AIB-N Chief Executive reiterated that the timely release of occurrence reports is very crucial to the delivery of AIB’s mandate of investigating air accident and serious incidents with the aim of forestalling such occurrence from reoccurring.

And in achieving that goal, Olateru added that the Bureau under his watch, was leaving no stone unturned at ensuring that ‘’aircraft accident and serious incidents that fall under the purview of AIB-N are promptly, excellently and professionally investigated by our well-seasoned air safety investigators and the report made public in good time”.

However, available data revealed that AIB-N had released a total of 59 final reports since its establishment in 2007 while a total of 40 final reports out of these were released under the current administration of the Bureau.

Statistics also revealed that a total of 211 Safety Recommendations, SR, had been released since the inception of the bureau and a total of 127 SRs released under the current administration, including three Safety Bulletins, SB.

Akin Olateru, however, noted that the various feats attained by AIB-N wouldn’t have been possible without the support from the Ministry of Aviation, and in particular, the Minister of Aviation, Senator Hadi Sirika, who had never withheld from AIB-N’s management, approvals critical for prompt delivery on her mandate.

He commended all the organizations that had signed a Memorandum of Understanding, MoU, with the bureau, and that they were the reason for the new height the bureau had attained in the discharge of her mandate. 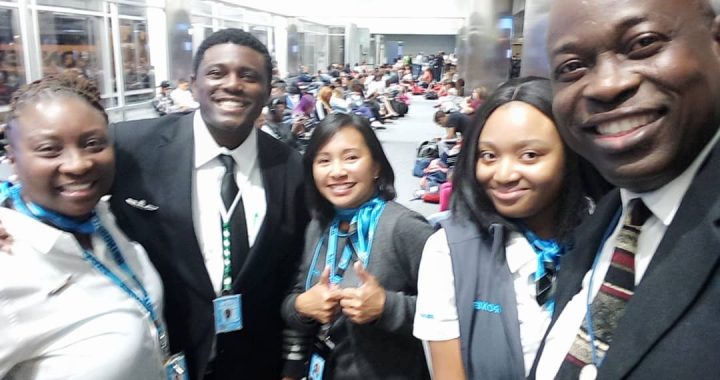