Governor of Lagos State. Mr Babajide Olusola Sanwo-Olu, at the launch of the commercial mini buses

An innovative regulation with the elements to enhance the income of drivers in Lagos State through dignified and humane conduct is in the works.

It is an anti-thesis to what currently obtains where, criminal desperation is exhibited in order to make an outrageous number of trips on incongruous routes, to cover drivers’ daily delivery/revenue target to the vehicle owners, with the expectation of a surplus for the driver as his take home after the day’s job, will soon change for the better.

The Lagos State Commissioner for Transportation, Dr Frederic Oladeinde, gave the hint at the 2021 edition of the “Drivers’ Day” held at the Ekofm multipurpose hall.

The Commissioner said the government of Mr Babajide Olusola Sanwo-Olu, was concerned about the drivers, especially for their Spartan approach and at times, life-threatening desperation to make the desired revenue for the day hence, the thought of an innovative regulation to change the current practice.

Frederic Oladeinde said the government was putting the finishing touch on the innovative regulation which will enable commercial motor drivers, boat and train captains to be placed on an attractive salary.

He said the government reasoned that the salary approach would reduce the criminal desperation to make a certain number of trips before they could earn their daily income.

The commissioner said the welfare of the drivers was paramount to the state government who took cognizance of their contributions to the citizens’ entrepreneurship accomplishments and by extension, to the Gross Domestic Product, GDP, of Lagos State.

Hence he said, the government would not fold her arms and pretend not to see the excruciating rigours drivers are exposed to, in making trips on numerous incongruous routes they ply just to earn their daily bread and often times expose other innocent citizens to all manners of dangers.

The Commissioner said by the time the new regulation sees the light of day, the entire public transportation management system in the state will be technology-driven.

He urged the drivers to take very seriously the annual training at Lagos State Drivers Institute, LASDRI, where they will be exposed to developments in safer driving and the transportation system in the state.

Welcoming guests to the august event, the General Manager, Lagos State Drivers’ Institute, LASDRI, Alhaja Afusat Tiamiyu, said the event was to “celebrate the efforts of trained professional drivers who have been of good support to the economic growth and development of our state”.

She said the “award ceremony was organized to let professional drivers know that Lagos State government is interested in their well-being and conduct while also appreciating their contributions to Governor Babajide Sanwo-Olu’s administration’s first pillar of the THEMES agenda, which is Traffic Management and Transportation”

Speaking in the same vein, the Chief Executive Officer, Autoglobe Media Services, Chief Tunde Bola Ojo, whose creative idea culminated in the Drivers’ Day observance, urged the drivers to see themselves as professionals rendering a lifesaving service not to their principals alone but to the society at large.

Chief Ojo expressed gratitude to the partners whose contributions lead to the actualization of the event; Lagos State Drivers Institute, LASDRI, Lagos Computerized Vehicle Inspection Service, LACVIS, and the leadership in the Ministry of Transportation, MOT, for their support in dedicating a day to appreciate the drivers especially those that voluntarily complied with all extant road traffic regulations as enshrined in the state’s road transport law of 2012 and as reviewed in 2016.

He appealed to professional drivers not to be deterred by whoever emerged winner in any of the award categories because all those who made the nominations he said, were all winners 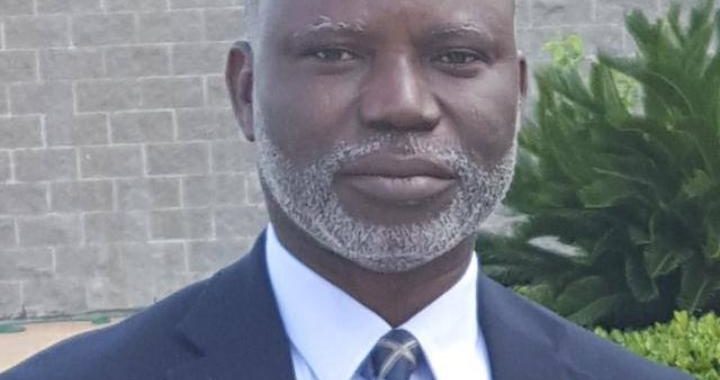 NIGERIAN ROADS ARE LIKE SHIRTS WITHOUT BUTTONS – Patrick Adenusi