As the first in the series of briefings, reviews and meetings towards a hitch-free hosting of the 35th edition of the National Festival of Arts And Culture, NAFEST, has begun in Abuja, the wife of Lagos State Governor, Dr Ibijoke Sanwo-Olu, has been conferred with the title of “MAMA NAFEST 2022”, due to the expectation for her to host the children during the weeklong festival.

The title was conferred on the Governor’s wife when the Lagos state team concerned with the event’s preparation and hosting visited the Director-General, National Council for Arts And Culture, NACAC, Mr Olusegun Runsewe, in his office at Abuja.

Explaining the mission of the Lagos august visitors, the leader of the delegation, Mrs Uzamat Yussuf Akinbile, Commissioner for Tourism Arts And Culture, said the visit was to reassure the Director-General, NACAC and his management of the Lagos state government’s readiness to host the 35th edition of NAFEST in grand style.

With humility and fort rightness, Pharmacist Akinbile enthused, “we are here to learn the modalities and all that is required to be a successful host because we want to host the best of NAFEST in the history of the festival” she promised.

The Chief host intimated his guests of surmountable challenges hosting would place on facilities such as decent and standard hotels and guest houses, efficient public transport, security, among others.

Olusegun Runsewe who acquainted his guests which comprised the Chairman, Local Organizing Committee, LOC, Honourable Solomon Bonu that, “as a build-up to the event, Lagos State shall host a National Technical Committee (NTC) meeting comprising of Commissioners and the Directors of State’s Arts Councils and the Management of NCAC”.

The DG, NACAC further said that 5000 delegates are expected at the 35th edition of NAFEST in Lagos.
He explained that the National Technical Committee serves as a platform for reviewing and adopting the syllabus for the festival as well as inspection of venues for various events.

He noted that the Local Organizing Committee, LOC, would form their sub-committees with representations from the NCAC.

Honourable Solomon Bonu, the LOC Chairman, who is also the Special Adviser for Arts, Culture And Tourism to Governor Babajide Olusola Sanwo-Olu said Lagos state had begun preparations two years ago, to host the 35th edition of NAFEST coming up at the last quarter of the year.

He also revealed the novelty Lagos shall be adding to this year’s NAFEST.

Solomon Bonu narrated that as against the seven days that the festival normally holds, Lagos State shall hold a Pre-NAFEST for seven days preceding the main event.

He explained that the Pre-NAFEST shall offer an opportunity for all local government areas to showcase their rich cultural heritage.

The Permanent Secretary, Lagos State Ministry of Tourism, Arts And Culture, Mrs Oyinade Nathan, was among the Lagos State delegation. 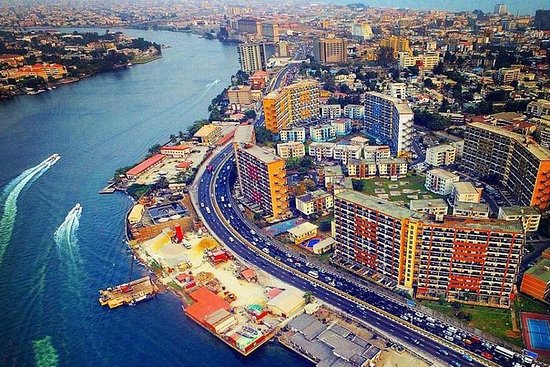