Management of Bicourtney Aviation Services Limited, BASL, concessionaire to the Murtala Muhammed Airport Terminal 2, MMA2, has announced she was left out of the initial sum of N5Billion palliative extended to operators in the air transport industry but claimed she will not be deterred in ensuring the facility remains in top-notch as it will continue to invest heavily in the upgrade of the terminal.

To that end, the management claimed she will not be deterred but on her own volition has just invested $500,000.00, to upgrade its X-ray machines and air conditioning systems for passenger’s safety, security and comfort.

The media statement from BASL, and signed by her Group Corporate Affairs Manager, Mikail Mumuni, revealed the resolution of BASL’s management to place in the front burner, passengers and customers comfort, when the Central bank of Nigeria, CBN, could only approve 50% of here order, yet the remaining foreign exchange was sourced at the parallel market and at a very exorbitant rate which posed a threat to profitability.

Mumuni said that the “massive resources are also being deployed to upgrade our air conditioning system for the comfort of passengers as we always treat our customers like Kings and Queens.”

The BASL Spokesman further said the ongoing upgrading of the facilities is part of the company’s determination to continue to give Nigeria the best Airport Terminal that is comparable to those available in the developed economies.

Mikail Mumuni explained that “the digital Xray machines and the air conditioners, are a huge investment on our part, especially at this pandemic period when businesses are at low ebb and considering the fact that BASL is not a beneficiary of the Federal Government’s COVID-19 Palliatives to the aviation sector,” he said.

According to the media statement, “Bi-Courtney Limited was granted a concession by the Federal Government of Nigeria (FGN) to design, build and operate MMA2. The company is required under the concession agreement to transfer MMA2 to the FGN after 36 years of operation.

The terminal reconstruction project under BASL was completed within schedule, a rare feat in Nigeria’s aviation industry and the terminal has severally been adjudged the best in the country by both the private and public stakeholders. 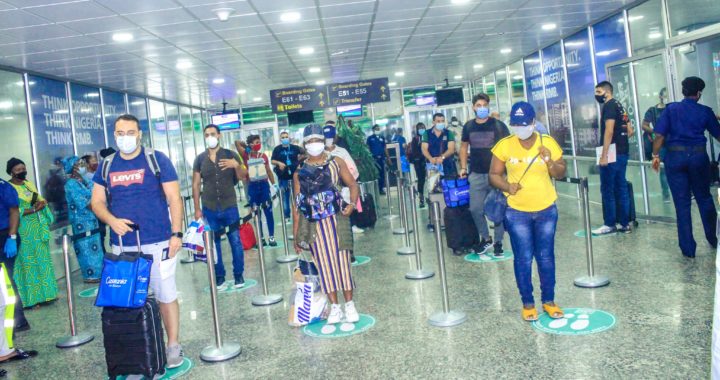 MMIA Check-in system collapse: FAAN pleads for the cooperation of all airport users