The petite aviation agency, but great in timely service delivery, Accident Investigation Bureau-Nigeria, AIB-N, has promised an end-of-year gift, especially to Nigerians and the entire continent of Africa, through the launch of its world-class Accident Investigation Academy, which is at its completion stage in Abuja.

At a media briefing in Abuja, while announcing the mission of the Cameroonian delegates who are in Nigeria to seek assistance to unravel data recorded in the badly burnt Flight Data Recorder, FDR, and Cockpit Voice Recorder, CVR, in the Havilland aircraft that crashed in Cameroon, 11th May 2022, the AIB-N Commissioner, Engr Akin Olateru, said: “The world-class training institution located in Abuja is near completion and is expected to commence operations before the end of the year”.

Engr Olateru added that some countries with expertise in the art and science of accident investigation such as Singapore and two others had agreed to faculty collaboration with the AIB-N’s Accident Investigation Academy.

The Commissioner further disclosed that when fully commissioned, the AIB-N academy will play a significant role in training airlines’ personnel in accident investigation, which will help them in investigating occurrences with a view to enhancing safety in their operations.

Hence, he called on all African airlines, especially the domestic operators, to endeavour to establish a unit for accident investigation in their respective organizations to enhance air safety.

The AIB-N Commissioner and Chief Executive Officer, Engr. Akin Olateru, said that big carriers like American Airlines have such units, which had greatly benefited the carriers.

He however averred that it is the responsibility of every African airline operator to have an understanding of accident investigation in Africa.

The august visitors from Cameroon led by Mrs Leopoldine Essimi, of the Ministry of Transport, said they were in Nigeria to seek AIB-N expertise in the reading of the flight recorders, transcription of the Cockpit Voice Recorder (CVR), analysis of the Flight Data Recorder (FDR) and FDR animation.

Responding, the Commissioner said Nigeria will be assisting Cameroon in the investigation with her Flight Safety Laboratory, which according to him, is one of the best in the world currently.

Olateru disclosed that the laboratory possessed an upgraded facility called, the Memory Access Retriever System (MARS), which will be deployed to retrieve information from the CVR, which was badly burnt and damaged.

Said the Commissioner: “As you are aware, we have one of the best safety laboratories in the world. We have the capability, that the United States NTSB (National Transportation Safety Board) has, which is getting information from burnt or damaged flight recorders”.

He assured thus, “this aircraft crashed and a recorder badly burnt but we will be able to retrieve the information. This is one of the best equipment you can find in the world today.”

Akin Olateru announced that Nigeria and its next neighbour, Cameroon, have begun exploring areas of cooperation and collaboration that can boost accident investigation and air safety in Africa.

Recall that the Havilland DHC -6-400 Twin Otter aircraft operated by Caverton Cameroon, (registered TJ-TIM) was flying Yaoundé (Nsimalen) – Dompta – Yaoundé (Nsimalen) on 11th May 2022, when it crashed in the forest not far from Nanga Eboko, killed all the passengers and crew members.

According to a statement issued by the Bureau’s General Manager, Public Affairs, Mr Tunji Oketunbi, Nigeria was part of the investigation in line with the International Civil Aviation Organization’s (ICAO) Annex 13, since there were Nigerians onboard the ill-fated aircraft.

Engr Olateru however noted that the Cameroonian government has not decided whether it would cede the investigation completely to Nigeria or not. 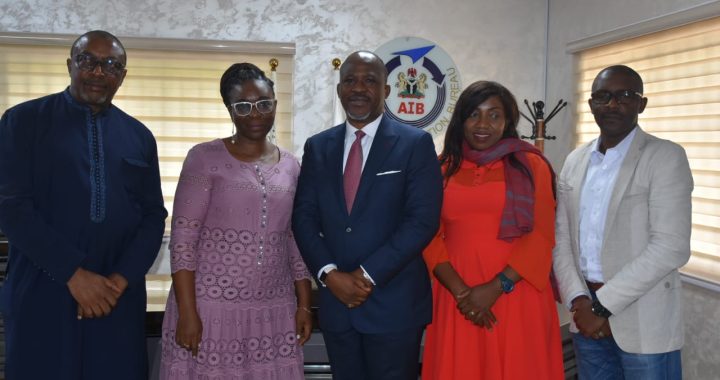