The Nigerian Civil Aviation Authority, NCAA has granted a license to an ongoing concern to commence full operation as a Maintenance Repair and Overhaul, MRO, Organization based in Lagos State, Nigeria.

According to the Chief Executive Officer, CEO, 7Star Global Hangar Ltd, Engr Isaac Balami, the company would be directly assisting airline operators in the West coast of Africa to save as much as $1billion annually, from maintenance erstwhile done overseas.

He said the huge savings the airlines would experience when they patronize 7Star Global Hangar, would positively impact the airlines profitability and would also instigate the expansion of their operations.

Engr Balami, a former two term President of National Association of Aircraft Pilots and Engineers, NAAPE, in Nigeria, said the employment potentials from the MRO was huge as 68 engineers had already been engaged, with about a hundred support technicians, were just the beginning.

Malami said his company had invested $5 million on equipment, and Tools alone while for the expatriates and training with other logistics and capital venture about $5million had already sunk into it.

That means a lot of job creation for the aviation industry and we are happy.
Highlighting efforts and investment that had gone into staff recruitment and their training he enthused, “I can tell you categorically that aside from about 10 expatriates, we have to transfer technology and train our engineers on some few areas that we are not yet strong”.

The erstwhile comrade further narrated further, “We already have about 68 local engineers that have the manufacturers’ type-course on those aircraft. They are experienced, they are current and most of them with at least 20-30 years of experience working on these aircrafts and working across the globe (US, UK, Canada, and the Middle East). So we have one of the best teams on ground. I can tell you that your aircraft is safe with 7 Star Global Hangar”.

Isaac Balami chronicled aircraft and helicopter types the hangar could well service said, “We are happy to say goodbye to 4 Years Inspection/Maintenance on Augusta 139 helicopters which most VIPs, even the presidency operates. Most oil and gas companies (Mobil, Shell, and Chevron) operate it”

The 7Star global hangar helmsman assured his potential clientele that, “we have the highest inspection in most of the Aircraft as stipulated in the manufacturer’s manual. That means a lot of job creation for the aviation industry and we are happy”. 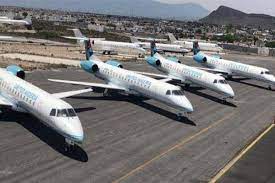