The Director-General of Nigerian Maritime Administration and Safety Agency (NIMASA) Dr Bashir Jamoh, has petitioned the Economic and Financial Crimes Commission (EFCC) over an attempt to smear his name with reports in circulation, alleging that a humongous N1.5trillion and $9million was traced to his personal accounts.

Recall that the controversy started last week Friday when one Jackson Ude, purportedly based in the United States of America (USA) tweeted on his handle @Jacksonpbn accused the NIMASA boss of having such money in his accounts. He later published the same allegation on his website; www pointblanknews.com, saying that the NIMASA boss was siphoning government funds through his personal company.

The allegations have however been confirmed to be false, a case of mistaken identity, and an attempt to blackmail the NIMASA boss.

In a copy of the DG’s letter addressed to the Chairman of EFCC dated 24th of May, 2021, Dr. Bashir Jamoh urged the anti-graft agency to launch out a painstaking investigation into the matter as his family name is at stake.

The letter read in part, “I write to bring to your attention the attached online publications and tweets that have gone viral since Friday 21st of May, 2021. The publications emanated from series of tweets of one Jackson Ude alleging the sums of NI .5 trillion and another US$9,557,312.50 were traced to my personal account”

“The allegation of money laundering which impugns my integrity, character, and family name has been circulating on social media also suggested that the Governor of the Central Bank of Nigeria be invited by Security Agencies to give reasons why such huge sums of money were transferred to my personal account instead of the Treasury Single Account”

“In view of this weighty allegation and the insidious and perniciously damaging effect on the government and the country, I hereby request that a thorough and painstaking investigation be carried out by your commission with a view to unravelling the truth or accuracy of the allegation. This is to put the record straight in the public domain, please” the letter reads. 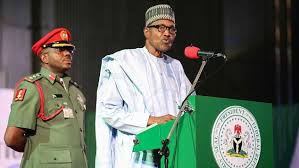