IF OGUN DESERVES 10 AIRPORTS, SO LET IT BE- Ibikunle Amosun

While the bickering goes on and the arbitrators from the red chambers of the National Assembly listen attentively to the outline business cases of the sitting Governor, Dapo Abiodun, and that of the immediate past Governor, Ibikunle Amosun, who’s now a Senator and a member of the Senate Committee on Aviation yet, a truce could not be reached.

Governor Dapo Abiodun told his guests from Abuja on oversight function to Ogun state over the weekend, that the Ilishan Agro Cargo Airport, Remo, Ogun East, and the Wasinmi Passenger Airport, Ewekoro, Ogun Central, were both initiated by his predecessors. And without prejudice, his government after accessing records available to the state government conducted necessary due diligence and opted for the cargo airport, initiated in 2007, by the government of Engr Gbenga Daniel, who sited the agro airport in Illishan-Remo, Ogun East Senatorial area.

The governor explained that the agro-cargo airport project as conceptualized had lots of potentials in the overall development of the state in particular and the country in general.

Governor Abiodun emphasized that what Ogun State yearns for is an airport that will support its massive agro development potentials.

He elucidated that the people of the state had entrusted his administration with qualitative representation to create the enabling environment for a public-private sector partnership, which is fundamental to the creation of an enduring Economic Development for the state and ultimately improve the social-economic wellbeing of the people, majority of who are prospecting various types of agro-businesses.

Abiodun reiterated that the decision to continue with the agro- airport project, located in Ilishan-Remo in Ogun East Senatorial District, was made by the state’s joint inter-ministerial committee, which evaluated and placed priority on it as against the proposed passenger airport at Wasinmi, Ewekoro local government.

He revealed that a lot of verifiable work had started on the agro-cargo airport project, which had already procured the approval of the then Federal Ministry of Transportation {now aviation} and the Nigerian Civil Aviation Authority (NCAA).

Governor Abiodun said the availability of records on the preliminary work, approvals and other formal paraphernalia on the purported passenger airport at Ewekoro as canvassed by Senator Ibikunle Amosun, had no records or any minutes of the meeting where the state executive council deliberated on the project.

Abiodun also said nothing about the Ewekoro passenger airport was in the handing-over-note from his predecessor nor could any record found in the council chamber’s files.

“This administration is deliberate and methodical. The need to have a Cargo airport was made by our joint inter-ministerial committee and we consequently evaluated the initiatives that were started by previous administrations because the government is a continuum”, Dapo Abiodun said.

“After a thorough evaluation, the choice of the Airport cargo location in Ilishan was unanimous, it complements the Agric/processing factories ecosystem in that corridor with access/egress road network.

“To that extent, our decisions are guided by the principles of good governance; is it fair, just and equitable to all, is the process transparent and inclusive? Do the people have input in it? Is it of economic importance? Will it add value? Will it possibly impact the lives of our people? We must hold ourselves accountable at all times. After all the people are the essence of Governance and we are only holding the office in trust for them.

Abiodun further revealed that a committee led by the national president of the Nigerian Society of Engineers (NSE), commissioned to investigate the proposed Airport, found out there was no approval by the ministry of aviation nor from the Nigeria Civil Aviation Authority, NCAA.

Moreover, it was also discovered that while some numbers of contracts were awarded as consultancies for the passenger airport, and money paid, there were no deliverables to date.

The Governor reminded his guests that the proposed location for the passenger airport had the largest concentration of cement factories in the country and that those factories emit dust particles and other pollutants that were inimical to the safe, secure and economic operation of any passenger airport in that axis.

He, however, said his government had redesigned the location for “container transit terminal park”, which is a more complimentary purpose to the factories and the truck owners and drivers.

At the proposed Wasinmi passenger airport in Ewekoro local government of Ogun State, Senator Ibikunle Amosun, said by the special grace of God the project would be completed.

He said, “This is not the first time they (Senate committee on aviation) will be coming to this site and I also want to appreciate the support of President Muhammadu Buhari because if not for his support, we wouldn’t have moved this project to this level”, Amosun stated

Amosun said left for him, “if it is possible for us to have ten airports, that’s fine. By the grace of God, this airport will see the light of the day”, the senator so prayed.

The committee chairman, Senator Smart Adeyemi said his committee after writing its report will present it to the national assembly for final approval. 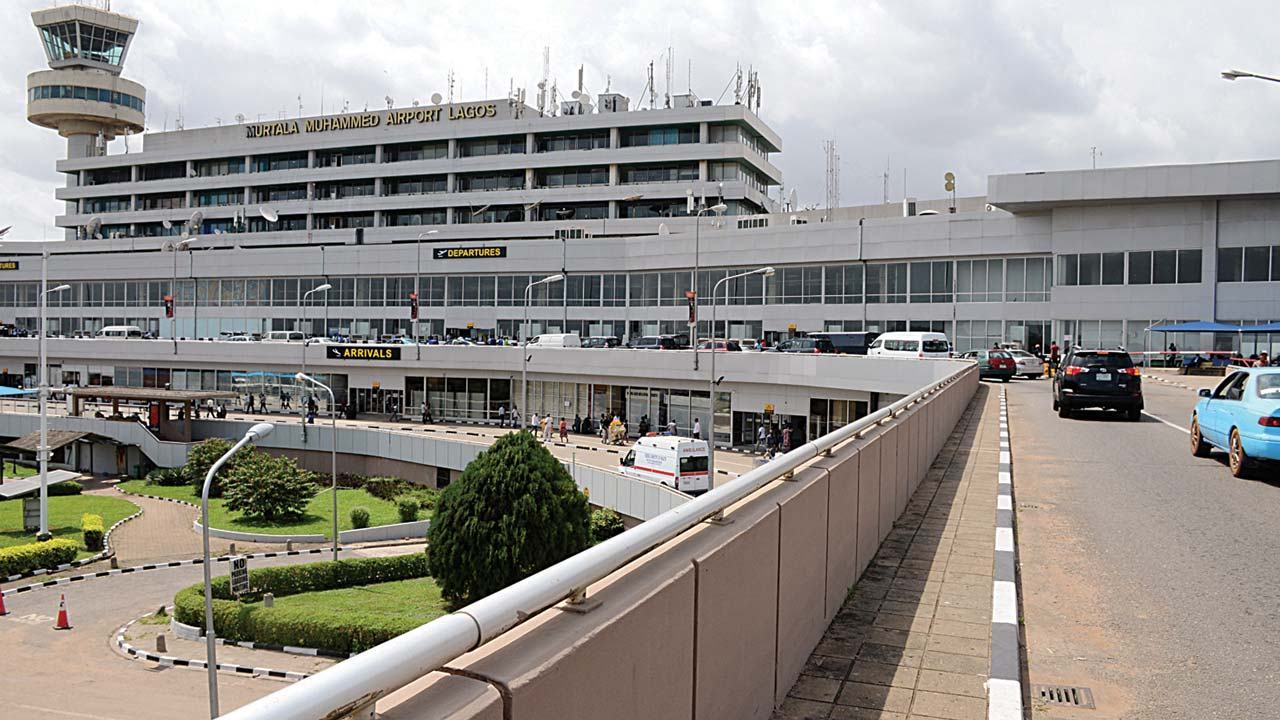 Lagos Airport, most fitting for designation as a hub- Gbenga Olowo