President Muhammadu Buhari, has been scheduled to launch the assets, under the Integrated National Security and Waterways Protection, also known as, the Deep Blue Project, in Lagos, on 10th June.

Dr. Bashir Jamoh, Director-General, Nigerian Maritime Administration and Safety Agency (NIMASA) said this in a statement on Friday in Lagos.

Jamoh said that in preparation for the launch, the Maritime Security Unit of the Deep Blue Project conducted simulation exercises for the event on land, air and sea to confirm its readiness for full deployment.

The NIMASA helmsman noted that the various military formations in the region had been adequately notified and were in expectation of the exercise.

He advised members of the public, especially those living in coastal communities to remain calm when the exercise begins and cooperate throughout the brief duration of the exercise which is only meant to test the readiness of the assets.

The media statement said, “With the deployment of the assets of the Deep Blue Project, we are entering another level of national security designed for total spectrum maritime security and better domain awareness using some of the latest technology”.

It further explained that, “this effort to secure our waters will give Nigerians more leverage to harness the enormous resources of our maritime environment and aid the drive toward economic diversification,” he said.

“The main objective of the Deep Blue Project is to secure Nigerian waters up to the Gulf of Guinea. The project has three categories of platforms to tackle maritime security on land, sea and air”, the statement said.

According to Jamoh, the land assets included the Command, Control, Communication, Computer, and Intelligence Centre (C4i) for intelligence gathering and data collection.

The sea assets he explained were two Special Mission Vessels and 17 Fast Interceptor Boats. While the Maritime Security Unit had in its fleet, ”16 armoured vehicles for coastal patrol; and 600 specially trained troops for interdiction.

The statement also revealed that “the Deep Blue Project is the first integrated maritime security strategy in West and Central Africa with the aim of tackling the incidences of piracy, sea robbery and other crimes at sea”.

Jamoh however expressed optimism that, the Suppression of Piracy and Other Maritime Offences Act passed by the ninth National Assembly would now provide legal backing for prosecution and punishment of offenders which hitherto was a challenge. 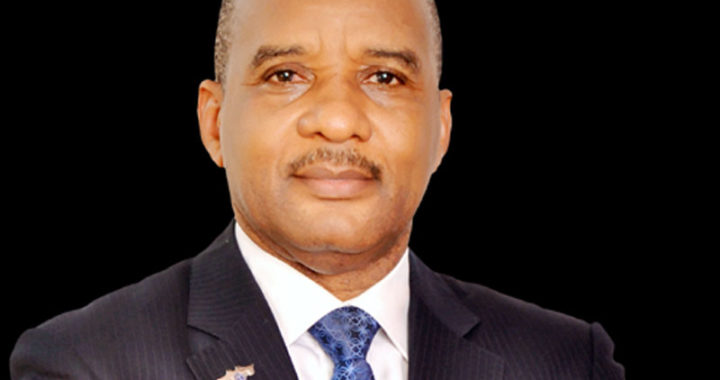