As the air transport industry is in feverish pitch to restart domestic flights, some of the staff of the agencies involved in getting the airports and the airspace in top notch for save operations have sadly contracted the dreaded COVID-19 and the good news is, all of them were early detected and are presently quarantine, and being giving adequate medical attention.

Hence, the entire layers of biosecurity the industry deployed to dispense covid-19 safety protocols and the enforcement team shall discharge their duties with all sense of duty and without fear or favour.

The Director General, Nigerian Civil Aviation Authority, NCAA, Capt Musa Nuhu, made the disclosure at a recent parley on the readiness to restart air travels.

Nuhu said because of the seriousness of the need for total compliance to the Covid-19 safety protocols, airport’s personnel and the aviation security must rededicate themselves to the strict enforcement of all the protocols as enunciated by the regulatory body to all concern organizations.

Speaking in the same vein on fool proof measures for protecting airport’s and airline’s officials, Engr F. C. Onyeyiri, a former Director General of NCAA, urged the airport managers and each of its personnel to be firm in discharging their duties under the new normal in air travel.

He called on the airport management to dispense adequate training to all its personnel that would work in the terminal to learn to be firm in ensuring the entire gamut of the safety protocol are strictly adhere to by passengers and all who have dealings at the airport.

Engr Onyeyiri, the first DG of NCAA, reminded the airlines that they would as from tomorrow be confronted to grapple with old challenge that would now appear in a new garb under the new normal that, covid-19 had compelled aviation to adopt.

Onyeyiri, an elder statesman, urged the airlines to be firm and loving in ensuring that all passengers fully, and not partially, complied with the directive that mask must be worn by passengers through-out the duration of the flight.

While the airport personnel he said must ensure compliance on the hand washing with soap and water, and whatever excuse given to skip compliance anyone desiring to access the airport should be vehemently rebuffed because, under the new dispensation, spread of a heinous viral infection is being battled on all fronts and must not allow to slip by

He reminded the industry leaders present of the passengers’ compliance level even after hearing the announcement to switch off mobile phones until the aircraft engine is switched off yet, before phones are switch on, passengers treat the instruction with utter disdain.

Hence he urged industry think thank to quickly think out ways to nip in the bud myriads of similar disorderly conduct of passengers as failure to comply in the present new normal, automatically put the lives of the cabin personnel and other passengers in danger.

Capt Musa Nuhu, retorted that the cabin crew under any such condition of deliberate none compliance, or using any whimsical means, would have no option but to be firm and bring the full weight of the law on such passenger. And if it will warrant handing such passenger to airport security and the police, the airline’s crew must be swift and quick in making decision of appropriate measures irrespective of the person’s status in the society.

While Dr. Samson Fatokun, West Africa Regional Director, International Air Transport Association, IATA, urged the regulatory body, the aerodrome managers and the airlines to acquaint themselves with the ICAO’s, Council Aviation Recovery Taskforce, CART, electronic letters, and the bulletins from, Collaborative Arrangement for the Prevention And Management of Public Health Events In Civil Aviation, CAPSCA, as the materials are a most reliable source of information and a learning curve, in coping very well with the new normal.

Gurus in aviation to present the pros, cons of interlining, code sharing 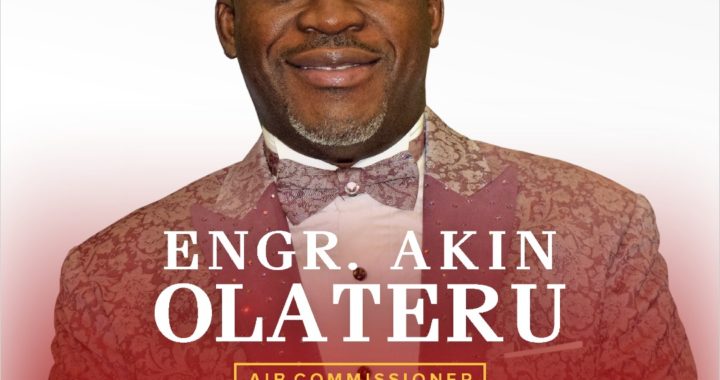 Aviation in Nigeria the most resilience in the world- Akin Olateru