The legendary AN-225, manufactured by Mriya in 1988 was undergoing maintenance at its airfield in Gostomel near Kyiv when Russian missiles targeted at military installations and strategic airfields hit the world’s most loved, most serviceable and the most formidable cargo aircraft.

Ukraine’s Minister of Foreign Affairs, Dmytro Kuleba, who confirmed the destruction lamented that the world’s largest cargo aircraft, the AN-225 Mriya, was destroyed during a Russian attack on Gostomel/Antonov Airport in northern Ukraine on 24th February.

A hazy satellite photo circulating online purportedly showed the giant aircraft on fire in its hangar at Gostomel.

According to the Ukrainian state arms manufacturer, Ukroboronprom, on its website, “it will cost over US$.3 billion to restore the plane (and) the restoration shall be time-consuming.”

The Director-General, Ukroboronprom, Mr Yuriy Husyev, said “the dream of Ukraine to get free from the occupier cannot be destroyed. We will fight for our land and our home until we win. And after the victory, we will definitely finish our new Mriya, which has been waiting for this in a safe place for many years. Everything will be Ukraine.”

The manufacturer of the world’s biggest commercial cargo, AN-225, said it will take at least five years to restore the aeroplane, and vowed they will try to make Russian pay for the repairs.

The aircraft, which first took off in 1988, was used to transport large amounts of humanitarian aid around the world, especially at short notice. It was also used to transfer Soviet spacecraft.

And at the heat of the COVID-19 pandemic, especially when the movement of vaccines and other medical aids became imperative and was a challenge, ANTONOV- 225 stood and be counted, and served humanity as the novel air cargo airlifted millions of tons of health kits and moved hundreds of thousands of tons of medicaments to most part of the world.

FIRST OF MARCH AGGRESSION ON UKRAINE

The latest scenes picked from the satellite showed a Russian military convoy travelling towards the Ukrainian capital of Kyiv had grown from being 17 miles long earlier on Monday to 40 miles.

Maxar said the convoy stretches from the Antonov airbase, just 17 miles north of Kyiv’s city centre, to just north of the Ukrainian town of Pribyrs’k, which is close to the Ukraine-Belarus border and the failed nuclear reactor at Chernobyl.

The satellite company said U.S. officials had warned that the city could be the scene of a siege and ugly urban warfare

For the Cockpit crew, European Aviation Safety Agency, EASA, has published Conflict Zone Information Bulletin for Ukraine as found below; 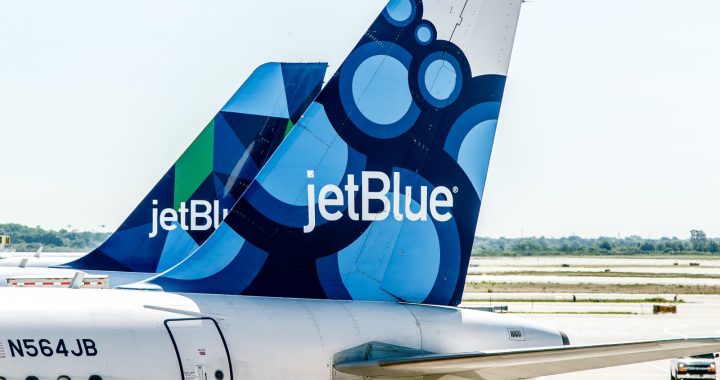 A JetBlue A320 AirBus Rolling for Takeoff Ram into a Stationary, Empty, JetBlue at JFK Airport