President Muhammadu Buhari, (on his left is Lagos Governor, Babajide Sanwo-Olu, to his right is Minister of Aviation, Hadi Sirika) cut the tape to flag off the use of the 2nd international terminal at MMIA, Ikeja, Lagos (LOS)

An appeal has gone to President Muhammadu Buhari and the Governor of Central Bank of Nigeria, CBN, Mr Godwin Emefiele, to cause without further delay, the release of USD283million belonging to foreign airlines but the fund has since stucked in the CBN to the detriment of the rightful owners- the foreign airlines

In the plea by the Minister of Aviation, Senator Hadi Sirika, while the new international terminal at Murtala Muhammed International Airport, MMIA, Ikeja, Lagos, was being commissioned by President Buhari, Sirika affirmed that “aviation business suffers from the issue of access to foreign exchange by local and foreign airlines and the ability to repatriate blocked funds”.

Hadi Sirika thus pleaded, “I would like to humbly request the support of the Central Bank, through the directive of Mr President, to prioritize access to forex for all carriers both local and foreign”

He disclosed that “Nigeria currently holds $283m of foreign airlines funds blocked in the country” and requested for the immediate release of the fund and urged the CBN “to work out a mechanism to clear the existing backlog urgently and prevent subsequent build-up” Sirika said.

In what smacks like a ministerial a luta, the aviation minister also seized the occasion to launch another appeal for Mr President’s urgent intervention in the scarcity of aviation fuel which was about crippling air transport in the country.

Sirika thus launched an appeal, “I wish to use this medium to humbly request Mr President to direct NNPC to import Jet-Al in good quantities and devise means to sustain supply as well as directing CBN to allocate Forex for the major marketers to sustain supply”.

He attributed the recent chaos in the air transport sector to the lack of Jet-A1. which had culminated in Flights delays, flight cancellations and astronomically high fares.

The Minister, however, apologized to the air travellers for the various unpleasant travel experiences they were subjected to in recent times.

He credited the steady increase in the number of air travellers since 2017 to the activities of the ministry since the roadmap was rolled out on 18th October 2016.

The agenda of the roadmap he enunciated as including, National Carrier, Airport Concession, Maintenance, Repair and Overhaul Center ( MRO), Aviation Leasing Company, Agro-Allied Cargo terminals, as well as Aerospace University, among others.

The terminal which was built through a $500million facility from China’s Exim bank had all the facilities to guarantee the comfort of travellers.

Mr President commended all the government agencies and ministries involved in the building of the terminal.

He said “this event showcases our strong commitment to the growth of the Nigerian economy despite the challenge of finance facing the country. The commitment of this administration includes agriculture, aviation and infrastructure development”

Lagos State Governor, Babajide Olusola Sanwo-Olu said the terminal building and the other projects commissioned earlier in the day at Lekki, a refinery, and the fertilizer plant will positively impact the nation’s economy.

Sanwo-Olu said those projects along with the airport “would not only create jobs for the teeming populace but also open up the country for foreign investments and opportunities”, he said.

New Terminal at MMIA for Commissioning in March- Hamisu Yadudu 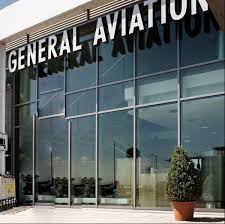