“God grant me the will to change the things I can change; the serenity to accept things I cannot change, and the wisdom to know the difference.”

Nigeria’s Minister of Aviation and his boss, President Buhari, have probably not heard of that prayer. Otherwise, the last-minute rush to get Nigeria Air airborne and to sign concession agreements for four Nigerian airports – Abuja, Kano, Lagos, and Port Harcourt – should not be taking place. I need to repeat that the two initiatives have received my support right from the start. I still strongly believe that Nigeria needs a national airline, and airports should stop consuming billions of public funds. They should be concessioned and left to the private sector.

Hitherto, my disagreement has been on who should be allowed to participate in the two ventures. I believe that these should be exclusively Nigerian affairs.

Apparently, Mr Hadi Sirika thinks differently. He has embarked on concessioning the Murtala Mohammed Airport in Lagos as well as selecting Ethiopian Airlines as the core investor for Nigeria Air.

Predictably, he has run into legal problems with the two; such as would make it legally impossible to finish the assignment before May 29, 2023. He has used the powers of his office through the agencies under him to rush in a matter of days, approvals that would ordinarily take months. In his unreasonable haste, he has either ignored or forgotten that a privately owned Nigeria Air is just another business that must also fulfill all the stipulated requirements for establishing any company. That makes the establishment of the airline a dubious and risky venture for all stakeholders.

Already, numerous objections have been raised against the selection of Ethiopian Airlines, a potential competitor with the proposed airline. With a 49% stake in the business, all Ethiopian Airline needs to do is to get holders of a 2% stake to conspire with it, and Nigeria Air will become a mere subsidiary of Ethiopian Airlines. Nigeria’s interests will be permanently sidelined.

“FISH ROTS FROM THE HEAD.”

All these and more reasons for rejecting this deal have been made known to the Federal Government (FG) and the Minister. Yet, during the time and money-wasting retreat held by top FG officials, Buhari, who runs the risk of leaving no solid legacy, announced his support for Nigeria Air in a manner that left the impression that he will back the Ministers illegalities. That has only raised the risk associated with the venture to all stakeholders – particularly the Nigerian investors. None of them has informed the Securities and Exchange Commission, SEC, of their intention to invest in Nigeria Air. Their shareholders are also still unaware of their intention to participate in the airline.

There is no Memorandum and Articles of Association to consider. Yet, Mr. Sirika continues to pretend that he has a done deal on his hands. I have bad news for him – with a story from the past: ‘Jonathan and NNPC Privatisation, 2011’.

Shortly after he was elected as President in 2011, Jonathan went on a state visit to Turkey; during which he announced that he would sign the Petroleum Industry Bill, PIB, then with the National Assembly, NASS, before May 29 of that year. I wrote on this page that Jonathan has made a promise he will not fulfill because there will be no bill for him to sign that year – for reasons known to me and too complex to delay us here. History will record that GEJ did not sign a PIB in 2011; or any other year until he left office.

There is a strong warning implied in that story for President Buhari and Sirika. If they insist on disregarding due process; and get Nigeria Air off the ground, they can be rest assured that it will be airborne only up to May 29, 2023, before it goes the way of VirginNigeria.

The plan to concession the airports is similarly flawed. One airport is already entangled in litigation which is destined to last beyond May 29, 2023. The plan is to turn our airport over to foreigners when we have patriotic Nigerians who can manage the airports – even if it means learning from others as they go along.

The FG announced a few days ago that the airports will be concessioned this year. That is partly good news and bad news. It is good news if Nigerian bidders are selected to run our airports. It will be bad news if, like Nigeria Air, the FG decides to hand our four profitable international airports to foreigners. That decision will, and must, be stoutly resisted. Litigation will certainly follow; and I am aware of some groups ready to go to court to stop the FG on this matter. Again, with only seven months left to go, it should be obvious to anybody, but the desperate people in Buhari’ s government that a long-term measure, with possibilities of success or failure, should not be rushed by an out-going government. They should be left to the next government which will have a lot of time to review the initiative.

I am aware that outgoing Nigerian governments are frequently reluctant to leave projects in an advanced stage for their successors. However, deep patriotism would dictate that they should act in the nation’s ultimate interest and not their personal interest.

“It is the buyer’s fault if he fails to ask whether the horse is blind.”

If the FG will not listen to reason, the next appeal must be made to those who might be lured into the questionable deals which Sirika is cooking up. They risk losing their funds if things go wrong – as they might very quickly. In my other role as a political and social analyst and forecaster, it is clear to me that there is less than a 33% chance that the next government will go along with whatever is decided now.

Given the perceived strength of the three leading political parties – APC, Labour, and PDP – the only winner likely to continue with the deals is Tinubu – who has promised to continue with Buhari’s legacies. Obi or Atiku will most probably scuttle it.

That being the case, even Ethiopian Airlines and the French investors interested in MMI, are taking great risks in the event the APC candidate does not win. The two projects are simply too big for successors to allow the wrong decisions of the outgoing government to stand. They will be well-advised to wait until after the elections to sign any agreement with the FG on the airline or airport concessions.

Just in case, some of them are reading this article and wondering how I can be so certain, let me provide another short answer from the Jonathan government episode. The PIB that Jonathan was supposed to sign was 892 pages long; apparently prepared by the Ministry of Petroleum, but, actually drafted by the International Oil Companies, IOCs. Naturally, it was skewed in favour of the IOCs and against Nigeria. I know; because I was paid to read all of it and summarise it for some Northern interest groups. They also worked to provide the roadblocks in the NASS to prevent the bill from reaching Jonathan before May 29, 2011.

Similar groups are already at work aiming to thwart the efforts of the FG to hand Nigerian assets to foreigners to manage and profit from while there are Nigerians capable of doing the work. I will not say more than that.

As far as I am concerned, the FG should just stop where they are. Sirika should start preparing his handing over notes and thank Allah he was given the opportunity to serve Nigeria. Otherwise, he will leave a messy legacy. 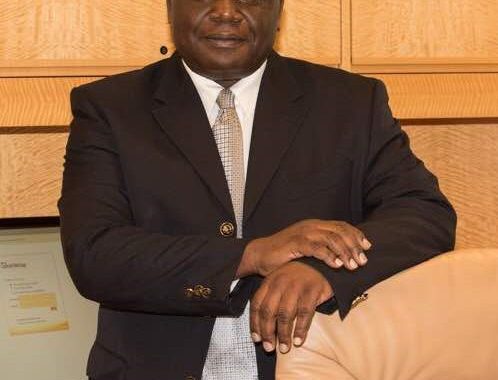 NCAA UNDER A CAPTAIN’S WATCH 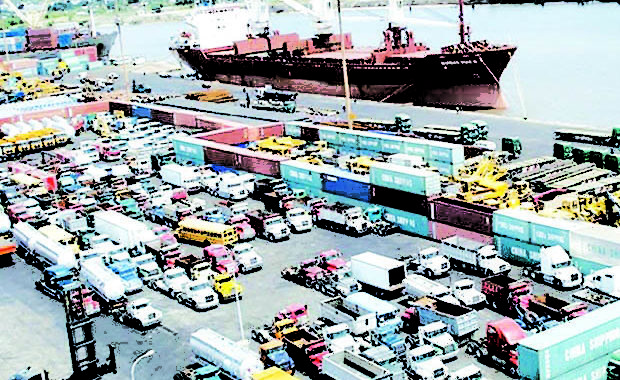