The newly promoted Director in the Transportation Ministry, in the Lagos State Civil Service, Engr TORIOLA Abdulhafis Gbolahan, FNSE, has assumed office as the Permanent Secretary, PS, of the ministry.

At his maiden staff forum with the rank and file officers of the Ministry of Transportation, the brand-new Permanent Secretary, PS, solicited the support of everyone irrespective of his/her status, to work conscientiously so that the set targets would be achieved in record time.

Engr Toriola urged the staff to do away completely with the stereotype that civil service is often stigmatised as slow service. He urged everyone at his or her levels no matter how low or high, should execute all assigned tasks with speed and accuracy.

The new PS enthused, “I am fully ready to work to avoid unnecessary delay in the business of governance, we have to hit the ground running”, he said.

He assured the staff that the reward provisions as enshrined in the civil service regulations shall be activated on behalf of any staff that is found dedicated and diligent in his or her service delivery to the public.

Engr Toriola is very well known for hard work with an uncanny disposition for rewarding initiatives and dedication to duty.

These virtues of his had since manifested in him before he assumed the headship of the Vehicle Inspection Service well over a decade ago.

The PS is such an unassuming and warm personality who is rabidly dedicated to his profession as a Mechanical Engineer and a manager of humans and material resources yet, highly humane with genuine reverence to God.

Beginning in 2008 when he assumed the headship of the Vehicle Inspection Unit, Engr Toriola’s sterling leadership qualities had manifested to those around him and his humane and calm spirit were also variously testified to even by members of the general public outside the civil service.

By January 2013, more responsibilities were saddled on him as the Director, Vehicle Inspection Service, Ministry of Transportation, Lagos State. Before he moved on in 2019, he Facilitated and Developed VIS 10 years of Operational Policy, automated Road Worthiness Certificate, instituted Accident Investigation, facilitated Vehicle Pre-Registration Inspection, International Vehicle Certificate, International Drivers Permit, and Computerized Inspection Vehicle Centers across the State, all came into existence when he held forte in the service.

Correspondingly with these innovations was the exponential growth of the service revenue to the coffers of the state government’s Internally Generated Revenue, IGR. He positively impacted the revenue as it leapt from a little over N100 million to over N2billion.

He also Initiated Bi-Annual Safety Campaign Week for the Service. Facilitated and implemented technologically driven enforcement for vehicle documents with the use of the Automatic Number Plate Recognition Device (ANPR).

Facilitated the Automation of the Service activities via SMS platform for renewal of Roadworthiness certificate. Initiated the integration of all Lagos State Vehicle documents to aid prompt service delivery. Implemented the introduction of standardized Retro-Reflective Tape and C-Caution. Developed the Service Mission, Vision Statements and Core Values.

Engr Toriola initiated Special Squad for Home Arrest, Provost Unit and Fleet Inspections. Created the VIS Musical Band. Re-designed the VIS Uniform and Ranking in line with other enforcement agencies in the Country. Initiated the implementation of all the Service responsibilities in line with Road Traffic Law, 2012 and Transport Sector Reform Law, 2018 and other acceded global regulations.

From August 2019 – September 2022: he served meritoriously as Director, Transport Operations, DTO, Ministry of Transportation. By the job schedule of the office, Engr Abdul Hafeez Toriola was under compulsion to get his hand into nearly all government public transportation programs and projects, especially at their conceptualization and execution stages.

For example, the office was preponderantly involved in the supervision of the following project, such as the monitoring of gated streets and truck barriers in the State.

Also, the DTO was involved in the introduction of Congestion Charges in order to manage Traffic within the State which was aimed at ensuring safety and sanity as well as generating revenue to improve transport infrastructure.

The office Successfully facilitated and implemented among other things, the e-Hailing Taxi Business in the State, successfully involved in the Implementation of the First/Last Mile Transport System in the State. Also, the Standardization and Regularization of all Mechanic Village Operations in the State were conclusively established. Conceived the operational guidelines now in force for Mail Distribution and Courier Services Operations.

Another program of government supervised by the DTO which caused a lot of uproar and resentment not too long ago, and even still subsists was the successful regularization of the Power Line Corridor and Canal Set-Back in Lagos State.

All these sterling achievements came with an improved Internally Generated Revenue, IGR, to the coffers of the state government.

The new Permanent Secretary, Engr Toriola, being a technocrat of multidisciplinary dimension with a passion for rolling back the frontiers of transportation arts, science, research and management, in accordance to what obtains in the advanced economies, accepted the request as a visiting lecturer by the Lagos State University School of Transport. The arrangement was inclusive of the Town and Gown initiative by the ivory tower which requested his inclusion among faculty members.

Although the knowledge imparted to the student was done for gratis, the engineer and academician have since been delivering lectures for the 400 and 500 Level Students on technical subjects such as Automobile Design, Transport Planning and Policy, Traffic Planning & Management, Road Furniture and Road Safety Technics, among others.

Also being taught is wealth creation from various intermodal transportation systems. The economics and Investment potentials that are inherent in the provision of efficient, effective, safe and economic transportation systems to a burgeoning population such as Lagos state and other developing economies in the African continent are being distilled for the student’s cognitive development.

No doubt a new vista has just begun in the transportation ministry with a revered Commissioner, Dr Frederic Oladeinde, who is a distinguished scholar and an academician who has efficiently and effectively blended theories with practical projects and program implementations in an impeccable manner.

Events in the shortest possible time will vindicate Governor Babajide Olusola Sanwo-Olu for this unique choice of a Permanent Secretary, which is tantamount to placing a square peg in a square hole, for the transportation ministry. And without an iota of doubt, the commuting public shall be better for it.

In the PS maiden address to his team- the entire workforce in the ministry- he said he had hit the ground running, which by implication, the entire personnel as contained in the ministry’s nominal roll, had no option but to implicitly tag along with the PS who, ostensibly is loyally on the heels of the commissioner.

A synergy that can only be found in very few other ministries, departments, and agencies/parastatals. However, to whom much is given, much is expected.

The NTH crew will continue tracking activities at the ministry to enable our robust quarterly comparative analysis. 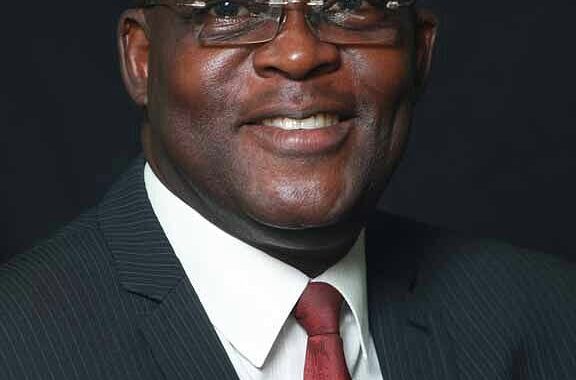