The United Nigeria Airlines, UNA, has distributed various relief materials to a total of Five communities adversely affected by flood among the host communities in Yenagoa, Bayelsa State.

The distribution of relief materials also coincided with the inaugural flight to launch a daily flight service to the state.

The airline said the daily flight resumption is part of the ways to help the movement of persons from the State to other places as the flood had displaced millions of people.

Speaking during the presentation of the relief materials to the representatives of the host communities, Chimara Imediegwu, Director, Flight Operations, said the items being delivered to the victims of the flood will help reduce the current hardship in the State.

Imediegwu said, “this is not a lot and we would wish we had a lot but we thank God that the people have survived and I love the Nigerian spirit that never gives up. So, we are looking forward to better days ahead and we want to thank God that there is a future and we look forward to our children growing in a better environment,” he said.

He called on other private organizations to rise to the occasion by providing whatever help they can to provide succor to the people.

Imediegwu said, “we know that people have been rendered homeless, there is cold and insect bites and there has to be food and water to drink. So we are appealing to the rest of private and government arms to help and reach out now that our people are in need and not wait until we mourn,” he added.

Gbaranbiri Eselemo, the Commissioner for Environment expressed his gratitude to United Nigeria Airlines for standing by the people during this trying time.

According to Eselemo, over 400 communities were displaced from their ancestral homes and lost a lot to the flood. There were other materials and human casualties that the State had lost to the flood..

While the Commissioner expressed his gratitude to United Nigeria Airlines, he noted that oftentimes, one would feel pained when his or her loved ones are involved in a disaster it is then one could apprciate the generosity UNA had offered the victims’

Eselemo said, “United Nigeria Airlines has proven to be a friend and brother to Bayelsans. Thank you for empathizing with us and for standing in with us”.

He said the State government and the governor will receive the information from us. We will continue to work together so that tomorrow will be better for all of us,” he said.

Alakamo Ogbe, chairman Landlord Forum of the five host communities the relief materials would be shared, as the items will help reduce the current hardship while calling on other well-meaning organizations to also provide some form of intervention in providing succor to the people.

Abraham Apereseimokomo, Managing Director, Bayelsa International Airport said United Nigeria Airlines is a private entity yet owes the host community a duty to care, which they have exemplified through the donations.

Apereseimokomo said “For the fact that this has happened, the management of Bayelsa International Airport is elated and they want to say a big thank you. The message will get to the governor of Bayelsa State,” Apereseimokomo added. 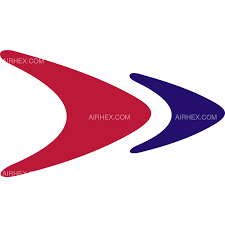 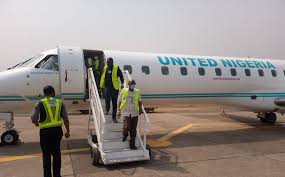 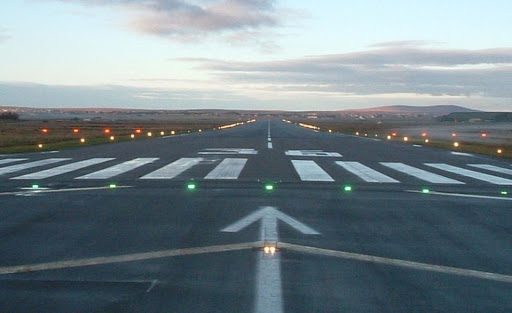