Practising putting at Ikeja golf course, before teeing off

All work and no recreation makes Jack a dull boy hence, a one-stop shop for all that borders on sports tourism, Run Africa Advisory, will be hosting the West African leg of the Aviation Cup Africa Golf Tour, in Ikeja Golf Club, on the 12th of November, 2022.

The golf tour has been described as a corporate game for the industry, and a recreational engagement aimed at celebrating how aviation aids sports tourism globally in the 21st century, and showcasing the similarities between golf and aviation.

According to the organizers, Run Africa Advisory’s Managing Partner and founder of African Sports Tourism Week, Prince Deji Ajomale-McWord, the tournament is sub-divided into regional engagements and will feature Aviation Veterans Tee, Chip & Putt Challenge, a ceremonial tee-off activity for veterans and top personalities in the aviation industry.

The organizers explained that the rationale for the event is to create a recreational engagement for the top echelon in the aviation industry, celebrate the contributions of aviation towards the advancement of sports tourism, promote activeness amongst practitioners, administrators, and stakeholders and cultivate the next generation of professionals in the air transport industry.

Prince Deji Ajomale-McWord enthused, “there is absolutely no sport played by humans that captures aerodynamics like golf. Aircraft and golf balls (in flight) are governed by the same ‘laws’.

He said the Legs of the tournament will hold in different regions of the continent.

The media statement by the organizers inferred that the excellent manner golf captures aerodynamics makes little wonder why the renowned golf clubs maker — Callaway — consulted Boeing on the aerodynamic performance of its XR16 driver, which debuted at the PGA Tour event in Hawaii, in the 2016 season.

According to the organizers, the tournament will be a 4-man Stable ford, corporate game and it would be in different categories namely GDS, GSA, Airlines, Alliances, Ground Handlers, Inflight caterers, aviation fuel suppliers, government civil agencies, military bodies, among others. 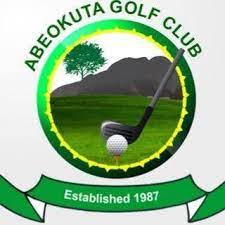 AIRFIRST THIRD GOLF CHAMPIONSHIP TEE OFF AT ABEOKUTA IN NOVEMBER