As both the manufacturer of the much-feared machine, Boeing, 737 Max, and the air transport regulatory body of USA, Federal Aviation Administration, FAA, give clean bill of health for the aircraft to return to service, airline operators, Pilots and the air travellers pressure group, have all demanded more convincing proof of fixes done on the machine to instil confidence in the air travellers.

The President, FlyersRights.org, an NGO promoting the comfort and safety of air travellers in the U.S., Mr Paul Hudson, in a letter to major airlines, urged them to do more in restoring flyers confidence in Max 737 as an aircraft, Boeing and FAA as corporate organizations with at least a modicum of integrity.

The letter called the attention of the dramatis personae responsible for the return of Max 737 to service, to a critical issue described as “public Trust” in the entire procedures which culminated in the clean bill of health issued to the aircraft, Boeing Max 737.

Hudson in his letter says, “While you may be able to conclude work on the planes and complete the modest pilot training requirements for a small team of pilots by December 29th, you have neglected one key component: public trust”

He identifies three critical factors that must be resolved to earn public trust despite the clearance by FAA and claims by Boeing and the few pilots purportedly exposed to the issues resolved with 737 Max.

The letter further highlights what he calls glaring problems that need be resolved such as “the reason the Boeing 737 MAX crashed twice within its first two years of service, killing 346 people”.

Another critical issue raised in Hudson’s letter bothers on the integrity of the two institutions involved, Boeing and FAA. The letter says inter alia; “that Boeing concealed information from the FAA, the pilots, and you, the airlines. How can you trust the FAA proclaiming for the second time, that the 737 MAX is safe if the FAA and Boeing will not release technical details of the fixes and testing done to the MAX?”

The FlyersRights President also cites the opinion of the spokesperson of the Allied Pilot Association, U.S., Captn Dennis Tajer, who is quoted as saying, “I’m not walking down that jet bridge, and nor is any other pilot until we’ve been assured that this aeroplane will be fixed, it is fully vetted, it is transparent and we are robustly trained. We have yet to see the full training on it.”

To further shore up his call for caution, Hudson quoted in his letter, comment by the American Airlines Chief Operating Officer, COO, unarguably one of the biggest airlines in the world, David Seymour, who said, “You don’t build confidence when the plane sits on the ground. You build confidence when it’s out there flying and it’s doing the job it’s intended to do.”

President, FlyersRights.org, Paul Hudson, is a Member, FAA Aviation Rulemaking Advisory Committee from 1993 to date, thus concluded his letter to the airlines, in this statement, which is a corollary to the American Airlines COO’s notion that “No, you earn confidence in the MAX by ensuring that the FAA and Boeing release the technical details of the fixes, while the plane is still on the ground, rather than relying on unwarranted faith in the FAA and secret data”

What a tragedy when integrity is lost.

The aircraft’s return to the skies was not to be immediate as the FAA requested a series of design changes laid out in a 115-page directive. It also gave as conditionality, training requirements for pilots, and maintenance requirements for airlines.

In a briefing with reporters, FAA Administrator, Steve Dickson, insisted that what he called “a comprehensive, methodical and deliberate review process” had ensured the 737 Max was now safe to fly passengers again.

Dickson said, “This aeroplane has undergone an unprecedented level of scrutiny by the FAA. We have not left anything to chance here.”

After the FAA announcement, the Air Line Pilots Association released a statement saying it “believes that the engineering fixes to the flight-critical aircraft systems, are sound and will be an effective component that leads to the safe return to service of the 737 MAX.” 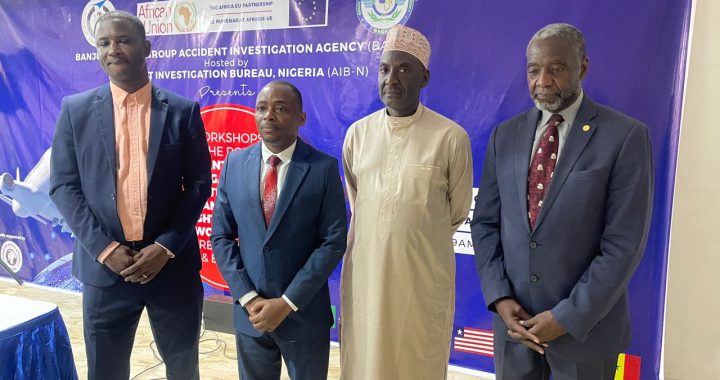