Aviation in Nigeria has been adjudged globally as the fastest growing out of recession as indicated by the consistent increase in the numbers of passengers which is unequalled elsewhere in the world since the resumption of air travel.

The immediate past President, the National Association of Nigerian Travel Agents, NANTA, Mr Bernard Bankole, made the disclosure in a chat with the seminar committee members of the League of Aviation and Airport Correspondents of Nigeria, LAAC-N, who made a courtesy visit to his office, in respect of the fast-approaching international seminar scheduled for 28th July, at Sheraton Hotel And Towers, Lagos.

He said such growth should not just be left unattended but should spur aviation managers to come up with innovations that will make the growth sustainable and be cleverly turned into prosperity for the industry.

He said the lack of such expertise often leads to the rush to concession our airports when with savvy management, they could be turned around into a profitable venture.

Bernard Bankole a veteran in the management of the downstream sector of air travel said the government should learn to keep within its limits by functioning as a regulator and allow businessmen with verifiable track records to manage the terminals.

The guru in travel management and marketing called on professionals to begin to give a thought to how other airports not among those being concession, could be profitably managed taking cognizance of the consistently consistent growth in the numbers of air travellers.

Mr Bankole who is the Managing Director, Flinchglow Travels, whose outfit won the British Airways’ Best Seller for 2021, argued that if thorough troubleshooting was conducted on the nation’s most profitable airports being concession, commercialization might be found more plausible.

Bankole urged a stop to the slogan that the nation’s airports are not viable. He enthused, “they shouldn’t tell us our airports are not commercially viable. People like us that come in have even not been given the opportunity to prove that these airports are viable. How do you make an airport viable when you only put on the generator when you have an aircraft approaching and the moment the aircraft lands, you put off the generator again”

He called on the government to encourage those in the business to have the opportunity to prove their mettle in turning around the seemingly unviable airports before looking outside.

FG Initiates the Request for Proposals (RfP) stage of the Nigeria Airports Concessions Program (NACP) and hosts the Bidders Conference. 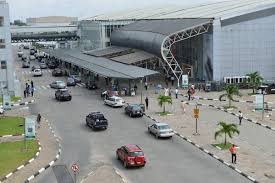