Most airports in Nigeria have been described as mere white elephant edifices although with aesthetics beauty but, grossly lacking in safety-critical equipment and other infrastructure to enhance the safe, economical and decent work environment for the humans discharging their various safety-critical services.

The President, Nigerian Air Traffic Controllers Association, NATCA, Comrade Abayomi Agoro, expressed this notion in a chat with the leadership of, the League of Airports and Aviation Correspondent of Nigeria, LAAC.

Agoro asked rhetorically about the use of an edifice tagged terminal building whose facade had the trappings of beauty and architectural masterpiece but, lacked appropriate facilities that would make decent work in a decent environment possible for workers involved in safety-critical services such as air traffic control, among others.

He affirmed that of the over two dozens of airports in the country, not one was 80 per cent fit for the much-touted safe operations desired.

NATCA President cited Kaduna International Airport as an example of a terminal building without the required essentials. He made bold to say that the airport had no control tower but the air traffic controllers grudgingly contend with the Watch Room, an aberration.

He explained that the Watch Room was meant for the firefighters to catch a glimpse of aircraft departing or arriving at the airport’s runway and not what was recommended by the International Civil Aviation Organization, ICAO, for effective discharge of an air traffic controller’s duties.

About the airport in Cross Rivers, Agoro lamented thus, “Calabar airport is in a serious deplorable state, even though, we heard the management is looking to put things in order. The main work there needs to be taken by NAMA because the equipment there is owned by NAMA”.

He further highlighted in actual terms, those things that required urgent attention at the airport. He said, “The only thing FAAN will do (at the Calabar airport) is the structural aspect, including the lifts. The building is becoming dilapidated… when we talk about the radio facilities and others, it is NAMA. NAMA needs to place emphasis on this critical equipment”, comrade Agoro appealed.

Appraising the infrastructure at the Sultan Abubakar 111 International Airport, Sokoto, Agoro said air traffic controllers at the airport would not be able to operate whenever it rains in the ancient city.

He said oftentimes his men at the airport had to come to work with personal umbrellas to shield themselves from the weather inclement, especially when it rains, the tower provides no shield to its occupants.

Also, the elevator to the tower was in need of repairs but sadly, according to Agoro, managers of the airport, the Federal Airports Authority of Nigeria, FAAN, feigned ignorance of its unserviceability while the Nigerian Airspace Manager Agency, NAMA, who posts air traffic controllers to outstations limit its burden to the provision of communications, navigation and surveillance, CNS, equipment.

About Katsina airport, Agoro said had no restroom for controllers at the tower. What made Katsina situation extremely precarious according to Agoro was that the airport had one man watch at the tower.

He asked what would happen if the only controller should be pressed to answer the call of nature, which he would do by descending through the staircase to search for the restroom in other departments at a time his attention is critically needed?

Agoro, a principal traffic controller, also noted with dismay that radio communication generally was fraught with very high infidelity, and urged NAMA’s management to give the issue very urgent and drastic attention.

The NATCA helmsman, however, expressed optimism that the industry gatekeeper and regulator, the Nigerian Civil Aviation Authority, NCAA, would stoutly rise to the occasion to efficiently and effectively carry out its oversight duties to sustain the enviable safety record all industry players now gleefully claimed 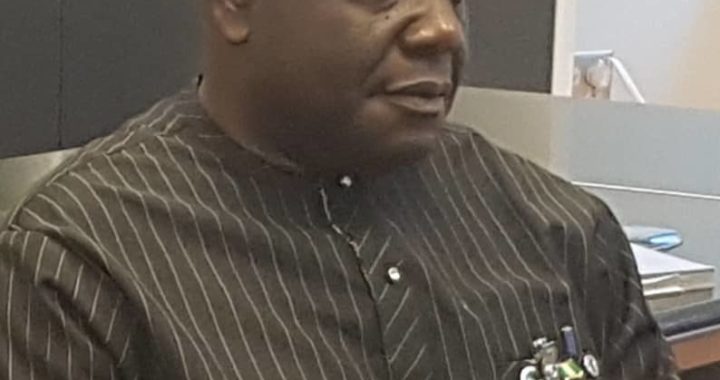