That somebody has begun to shake the table of transportation safety in Nigeria worth given more than the usual attention. In history, most of the innovations came through people who were not satisfied with the status quo and explored new ways of doing things thus mankind began recording progress in social and economic frontiers.

On the nation’s transportation safety, in all the modes of transport, a simile single command approach is being touted. Yet it will recognize the different specialIty crucial to effectively improve safety in the air, road, rail, and water. Succinctly put the framework that has been tested and proven from the United States, will no doubt rare its head in this clime.

The protagonist of this new thinking, Engr Akin Olateru, Commissioner/Chief Executive Officer, Accident Investigation Bureau, AIB, Nigeria, has severally spoken with rabid conviction that, should the legislative aspect of the new idea in which he is the chief advocate sails through, transportation safety statistics will no doubt soar for good.

How will the structure that will as a body ensure safety in the air, road, rail and water? Will there not be conflict? Who is the superman that can superintend over the investigation of either accident or serious incident in all of the country’s intermodal transport?

According to the Chief Advocate of this innovation, Engr Akin Olateru, the Commissioner and Chief Executive Officer, CEO, Accident Investigation Bureau, AIB, Nigeria, he observed that most transport modes apart from air transport, which is heavily regulated does not have a uniform standard in operations and regulation of their operations. Even on the civil aviation safety standards as it concerns accident and serious incident investigation and the issuance of timely report in order to help prevent re-occurrence of similar accident in the future, it previously took too long a time before even the preliminary reports see the light of day, not to talk of the release of final reports.

The usual story told by successive Commissioners/CEOs prior to Olateru was that the reports were ready but merely waiting for the accent of Mr President. Most times, the Mr President would run out his two terms of 4 years each, and the reports would still not be published. Thank God that the usual excuses that had turned a cliché, we do not hear again.

When those regimes lasted, most often, the corrective and preventive measure intended by the recommendations in those reports were often rendered impotent and often were found irrelevant because the passage of time would have made them obsolete. Olateru has however ensured good riddance to bad rubbish as regards delayed preliminary reports and even final reports of accidents investigated. If this could happen to the most regulated means of transportation, how much more about the others; highway, maritime, rail, cable and pipeline?

What structure and the modus operandi would be needed to improve transportation safety in all its ramifications in Nigeria? Olateru at numerous fora last year implied that the structure as obtained in the United States, with perhaps slight modification, would provide the much expected safety and propel transportation enterprise to make an appreciable contribution to the nation’s Gross Domestic Product, GDP. For example, air transport contributes less than 4% to the country’s GDP although, various factors have been identified as responsible for that very low performance.

On the highway safety, each and every one of us can recall when last a road crash was investigated and the report placed in the public domain. Not that the Vehicle Inspection Offices states wide, VIOs, in each of the 36 states of the federation including the Federal Capital Territory, FCT, Abuja is in slumber, or that the Federal Road Safety Corps, FRSC, is found wanton, but when the much needed synergy is harnessed, the nation surely will be better for it.

According to Engr. Olateru, each of those agencies with their different mandates, manpower and expertise would be made to function independently and more efficiently under an agency that would be established by an act of parliament. The agency would warehouse all the existing agencies. A new orientation would be passed to all concern to reduce friction and inspire seemliness in operations.

In harnessing these broad and wide spectra of functions with the same goal of making transportation safer by conducting independent accident investigations, advocating safety improvements, and deciding vehicle drivers, pilots’ and mariners’ license/certification standards and classifications; safety and security would surely experience a shot in the arm.

Succinctly put, a one-stop agency for safety and accident investigation and prevention in all the modes of transportation in the country is being midwived.

For the agency to have teeth and be able to bite when necessary, such agency shall come to life through the acts of parliament. Such authority with a clear cut mandate would stimulate enforcement of safety recommendation. When this is done, excesses of, for example, articulated vehicle drivers, owners of a fleet of trucks but with little attention to their roadworthiness would be given close marking. When results of accident investigation in diverse regions of the country point to a particular haulage firm as being lax in maintenance, in the engagement of qualified personnel as drivers, etc, this would no doubt spell doom for such company but will make the road safer, as the full wrath of the law shall be made to bear on such firm.

Let’s cast our minds back to boat mishaps, anyone you can remember that happened anywhere in Nigeria in not too distant past?. Who conducted the investigation? What recommendations were issued? Who ensured compliance with safety recommendations from such accident report? Is it the same operational standard prescribed in Lagos, that exists in Eket, Kaduna, Minna? etc. As rail transport is being rejuvenated, should there be an accident or serious incident, who investigate it? Who enforces safety recommendation? It is in this light that the innovation being advocated by Engr Akin Olateru deserves the support of all well-meaning Nigerians.

NEW TRANSPORTATION SAFETY ADVOCACY DESERVES SUPPORT
At this juncture, the support is crucial from two major fronts. At the initial stage, the federal ministries of transportation, aviation, and works need collaboration as all the concern agencies are presently under these ministries as parastatals. Also, all the states ministries concern with transportation and their numerous agencies must buy into this novelty. When the chief advocate succeeds in getting their consent, the race would be a half won.
Another front that is crucial to the entire process of bringing to fruition this octopus in the nation’s transport industry, is the national assembly. The federal legislators must be convinced of the wherefore and whereto of the novel agency. As soon as the legislators are adequately schooled about the concept, the passage of the bill by an act of parliament shall enjoy easy passage.

However, few issues that could rare their ugly heads but although surmountable are that the state governments shall have to surrender some of their duties to the new agency. For example, the vehicle inspection office in the states might be relieved of an accident investigation but continue issuing roadworthiness and other miscellaneous duties. Issues such as this could be thrashed at a stakeholders forum.
When this is done, the chief protagonist and his team of promoters would need to assemble media pundits who will study the aims, objectives, organizational structure, modus operandi, benefits and the challenges to operators whose buy-in is critical to successfully run the project. The media team should instantly develop simple but incisive and educative media theme that will get the public entertained while passing valuable information to elicit the buy-in of the general public whose lives, products and services are to be preserved by the new agency being midwived.

STRUCTURE:
It surely cannot be far-fetched. The National Transportation Safety Board, NTSB, of the United States, US, provides a model. Its modus operandi can also be domesticated with necessary adjustment to make the innovation run smoothly here in Nigeria. Each of the transport modes- rail, road, air, maritime, pipeline, cable- would become an independent department and superintend by an experienced manager who’s already acclaimed in a specific mode of transport. And for coordination, a Chief Executive shall be engaged.
A cursory look at the United States NTSB organogram will remove real or imaginary encumbrances in this regard.
Essentially, the transportation safety’s critical organization as being proposed by Nigeria’s AIB helmsman, Akin Olateru, though yet to be named but could be called, Nigeria Transportation Safety Agency, NTSA.
In order to achieve the desired goal as enunciated above, the agency- Nigeria Transportation Safety Agency, NTSA- shall be an independent Federal agency charged by the National Assembly with the mandate to investigate every civil aviation accident in Nigeria {and elsewhere if called upon} and significant accidents in other modes of transportation – rail, road, marine, cable and pipeline.
The safety board shall determine the probable cause of accidents and issues safety recommendations aimed at preventing future accidents. In addition, Nigeria’s NTSA shall conduct whenever it finds it expedient, special studies concerning transportation safety and shall manage the resources of the Federal Government and other donors/grants by organizations to provide assistance to victims and their family members impacted by major transportation disasters.
This is doable in the life of the present administration. The Minister of Transport, Mr Rotimi Amaechi, Minister of Aviation Capt Hadi Sirika and Works Minister, Barrister Babatunde Fashola, should superintend to seeing this noble idea whose time has come, to fruition
Let the nation’s transportation safety table continue to be shaken until what will contribute to the socio-economic well being of the populace is brought to life and continue to run efficiently. 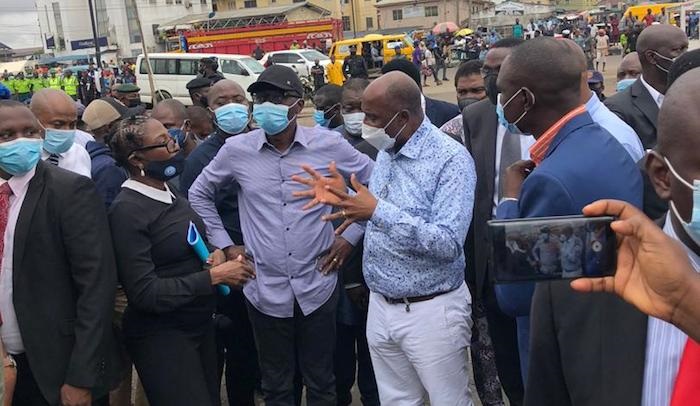 Government shut down Bolade entrance to the Arena Market, Oshodi 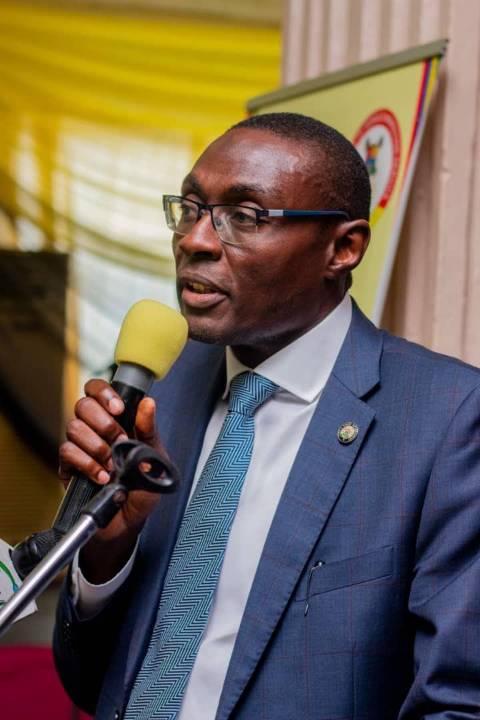