The courtesy visit occurred at the Nigerian ICAO Mission office in Montreal, Canada, on the sideline of the 41st General Assembly of ICAO, which prompted Senator Sirika to reveal that, the very strong desire to avert the sordid experience of several botched attempts at safe “landing” a national airline and on another occasion, the inability to achieve profitable operation of a national airline informed the choice of Ethiopian Airline as the preferred bidder.

Nigeria’s Aviation Minister publicly acknowledged that the nation of over 200 million population was not lacking in capacity to exclusively birth a national airline, “but because it wanted to avoid the issues that led to the collapse of the previous national carrier,” he told his august guests.

Hadi Sirika further gave the rationale that the choice of Ethiopian Airlines was based on the premise that ET had severally demonstrated over the years that government business can be run profitably, apart from being an African airline that had carved a niche for itself in the world air transportation industry.

Nigeria’s Aviation Minister described the national carrier project as one that was dear to the heart of President Muhammadu Buhari, saying that its successful delivery amounted to a major boost to the development and success of the Single African Air Transport Market (SAATM) to which both countries are signatories.

Earlier in her speech, the Ethiopian Minister of Transport and Logistics, Mrs Dagamawit Moges, described the Nigeria Air project as a partnership between the two highest populated African nations that will impact greatly on the Aviation industry in the continent and on intergovernmental relationships.

According to her, the government of Ethiopia, particularly, Ethiopian Airlines, is very excited about the partnership for the establishment of Nigeria’s national carrier and hoped that it will open new vistas for partnership in other economic and political spheres.

She commended the Nigerian government for picking Ethiopian Airlines as the Preferred partner for
the national carrier out of the numerous interests that were expressed.

She pledged that the consideration of Ethiopian Airlines as a strategic partner to Nigeria Air, would not be taken for granted as the partnership will be mutually beneficial to both nations.

Mrs Moges also said that Nigeria, with its position as a major player in the global aviation industry, remains an attractive partner and expressed optimism that the establishment of Nigeria Air will be beneficial to all involved, including Nigeria’s teeming populace. 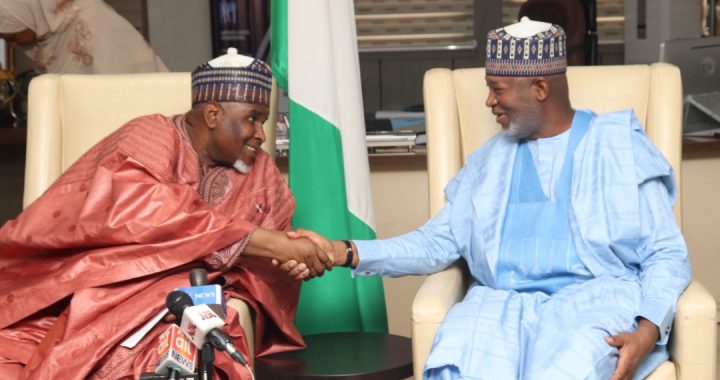