Lagos State Government will soon begin to enforce her restriction law as stipulated in the Lagos State Traffic Law 2012 which only allows trucks and articulated vehicles to ply Lagos roads between 9 pm and 6 am daily.

By the exigency of the time, the present administration had included a minor caveat which in essence prohibited the passage of those heavy-duty trucks in areas such as Ikorodu road, Maryland, Costain and Funsho Williams avenue.

The Commissioner for Transportation, Dr Frederic Oladehinde, made the announcement at the just concluded Stakeholders Meeting with representatives of truck driver unions held at the Secretariat, Alausa, Ikeja.

Dr. Frederic Oladeinde also announced that the current administration had mapped out dedicated routes for the articulated vehicles to ply at the given period of time while they will be restricted from plying few other routes in order to achieve the greatest good to the greatest number of over 20million people resident in the state.

The Commissioner who appealed to the truck drivers’ leadership in the country for understanding and cooperation said the government was out to protect all categories of her citizens and as such it could not feign ignorance to the losses other businesses on the Apapa axis had suffered due to the activities of the truck drivers.

He explained that the new approach by the government was necessary as the Apapa area of Lagos had been rendered less profitable for investors in all sectors due to the gridlock and activities of truck drivers along the axis, appealing further to Stakeholders to cooperate with the State Government to remedy the situation.

Oladeinde urged his guests to put aside their sentiments and think of other motoring public as the government’s new approach was not to undermine them but to open up the State for greater economic realities.

The Commissioner told the truck drivers that it was imperative they shift from their primordia outlook on road traffic management and align with modern realities which were imperative if progress must be made in the social and economic lives of the people.

The Special Adviser to the Governor on Transportation, Hon. Oluwatoyin Fayinka emphasised that non-compliance by truck drivers will attract the full weight of the Law while sanctions will be enforced on offenders.

Hon Fayinka requested from the Nigerian Port Authority, NPA, to furnish the Ministry with information on vehicles call-up schedule on daily basis.

He said NPA making available Vehicle Call Up Schedule, will help control the influx of vehicles into Lagos, especially Apapa ports and prevent the loitering of tankers and trucks along road corridors with its attendant damage on road infrastructure which contributes to traffic gridlock.

Fayinka further advised operators to secure parks outside Apapa to curb the gridlock and collaborate with the State Vehicle Inspection Services, (VIS) and the Federal Road Safety Corps (FRSC).

He, however, added that the collaboration will be fruitful when the trucks and the articulated vehicle drivers ensure their vehicles are in top-notch, Road Worthy.

Fayinka sounded an alarm that rickety vehicles will be impounded.

The representative of the Nigerian Ports Authority, (NPA) Mr Ayodele Durowaye, lauded the proposed initiative by the State Government, stating that it wasn’t a new development. He, however, advised that a forum be created to discuss the technicalities and draw up solutions that will ensure safety and ease Stakeholders’ operations.

The Lagos Sector Commander, Federal Road Safety Corps, FRSC, Olumide Ogungbemide, stated that the loss of life could not be compared to the sentiments raised by the truckers, disclosing further that only 8% of the operators have minimum safety requirements.

In the same vein the General Manager, Lagos State Traffic Management Authority (LASTMA), Engr. Olajide Oduyoye, and the Director Vehicle Inspection Service, Engr. George Akin-Fashola appealed to the Stakeholders to support the directive which was in the best interest of Lagosians.

They assured that their agencies are ready to work with the unions to get their members acquainted on safety requirements and help beef up their services in line with the provision of the Law on safety of lives and property.

On the trucks restricted routes analysis, the Director Transport Operations, Engr. Abdulhafis Toriola clarified the routes to be followed and vehicle specifications.

According to him, any vehicle above 6ft with three sets of number plates is considered a Trailer and an Articulated Vehicle. He also revealed that Ikorodu road, Maryland, Costain and Funsho Williams avenue will be restricted.

Chief Remi Ogunbgemi, representing the generality of the unions further revealed that they were taking steps to digitize their operations including electronic Call-up System for trucks due at ports to reduce the number of trailers parked along the roads.

In his closing remarks, the Honourable Commissioner for Transportation urged Stakeholders to see issues raised as work in progress, while noting that discussions with the unions is ongoing until the grey areas are cleared 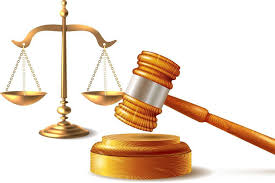